First of and Without any question, the Ford Fusion Energi is an agile, trendy and efficient. It’s also an amazing ride. In addition and as well as the most efficient and cost effective plugin hybrid electric vehicle.

Electric Vehicle the Majority of the Time

In cities like NYC, 1 million electric-only miles are expected to be driven by plug-in hybrid EV customers in New York annually. I mean those are 2014 numbers alone. That is not a difficult idea to fathom since the average drive in the Ford Fusion Energi was all electric. Bottom line, when the vehicle is charged prior to driving, most trips taken were all electric.

The new Ford Fusion Energi was only expected to achieve more than 25 miles of electric-only range.

It has a varying charging range based upon the drivers habits. However, the one thing noticed is it’s important to refresh batteries. Specifically, the driver should drain down the entire EV battery.  Then it goes to hybrid only mode.

During the test a 42 mile charge on the car was achieved. IT only happened twice! Then it went down to 25 miles.

Owners of the first-ever Ford plug-in hybrid vehicles can now use their smartphones from almost anywhere. So they to can monitor and manage the battery charging process. Plus you can also find charging stations. Finally check energy efficiency and earn achievements for efficient driving.

The station finder component of the MyFord Mobile app now blends point-of-interest search with charging station information from PlugShare.com. All to let drivers take advantage of opportunistic charging wherever their destination might be. Users can search for terms such as “pizza” or “Mexican food” near a location and MyFord Mobile will display the results along with the nearest available charge for each entry. Drivers can select a destination based on proximity to a plug.

So MyFord Mobile’s trip and charge log has also been updated. That’s to provide drivers with information about how efficiently they are using their plug-in hybrid vehicle. Combined in both electric and hybrid mode. By taking advantage of available data on electricity use. Also that hybrid gas mileage and regenerative braking. Then as a result, the app coaches drivers to adjust their driving style to be more efficient.

Also, MyFord Mobile still lets plug-in hybrid owners check the state of charge of the battery. Finally you can get alerts if they forgot to plug the car in or if charging stops. In addition you can take advantage of value charging. That’s for the lowest electricity rates during off-peak hours. Drivers can also precondition the cabin temperature. All the while this car is plugged in.  Thereby to reduce the load on the drivetrain for enhanced efficiency.

Now on a normal quick day charge, one can expect a 28-30 mile range. However one must drain the all electric battery of that all EV Range. Then you consequently go down to the hybrid only mode. 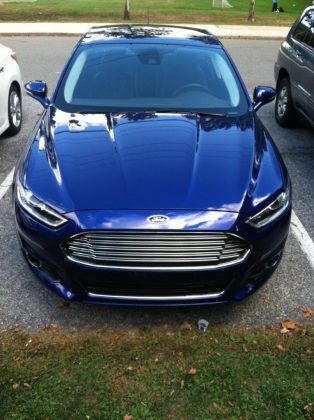 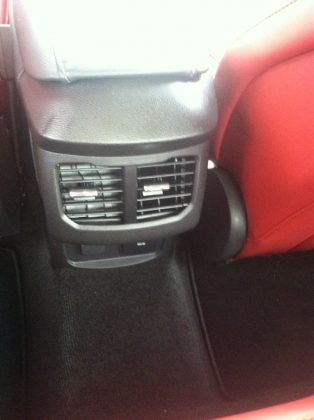 Also as I reported before, the Coca-Cola Company and Ford Motor Company are fueling more sustainable design. That’s by collaborating on a first-ever interior fabric. Yes folks made from the same recycleable and also renewable material. All used to produce Coca-Cola’s PlantBottle™ packaging.

Finally, the collaboration also demonstrates the positive influence that comes from combining two recognizable and respected brands in the world. The Cola-Cola Company and Ford together reach consumers in more than 200 countries on six continents. 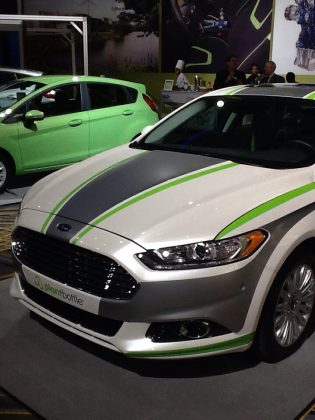