Fluorescent not incandescent bulbs are commonly used in office buildings. Also grocery stores, shopping malls and in many homes. It’s because it’s inexpensive to buy and last 13 times longer than traditional incandescent bulbs.

People rely on artificial lighting to make the day last as long as possible. While the Energy Independence and Security Act of 2007 urges Americans to phase-out incandescent bulbs in favor of more energy-efficient compact fluorescent light (CFL) bulbs, the change doesn’t come without health risks.

A 2012 study by Stony Brook University revealed CFL bulbs emit high levels of ultraviolet radiation. That’s especially UVA and UVC rays. When UV rays get too strong they can actually burn skin cells. Therefore is it truly safe to use fluorescent lighting?

Poor lighting has been associated with a number of problems. That’s including insufficient (too little) light, improper contrast. Also glare, flicker and poorly distributed light. More than just general annoyance, these lighting problems can have a direct correlation to your overall health. Poor lighting poses a safety hazard if you misjudge the shape, position or speed of an object, resulting in injury or accidents. Poor lighting can affect the quality of your work, especially in situations where precision is required. It can also pose a health hazard, as poor lighting can cause eye discomfort, headaches and other medical ailments.

According to the National Headache Foundation, fluorescent lighting is a common migraine trigger. So Make the switch to warmer, pleasurable lighting options. Using soft LED bulbs in pendants, recessed fixtures or chandeliers can reduce risk of headaches. LED lighting is not only easier on the wallet, but it’s better for the planet and your health. LED lights produce little to no flicker compared to fluorescent and incandescent bulbs. Ailments associated with flickering include eye strain, headaches and general eye discomfort.

How Much is Enough

The amount of lighting you need varies depending on the time of day and the activities you are trying to complete. During the day, most people need high levels of light to maintain alertness at work or school. In the evenings and at night, lighting should be limited to prepare the body for relaxation and sleep. To ensure that your body is getting enough light each day, it’s crucial to spend time outdoors. According to the National Health Service, 10 to 15 minutes in the sun is enough for most lighter-skinned people, preferably between 11am and 3pm when vitamin D production is at its best. Lights should be dimmed and televisions shut off an hour before bed to allow the body to wind down. 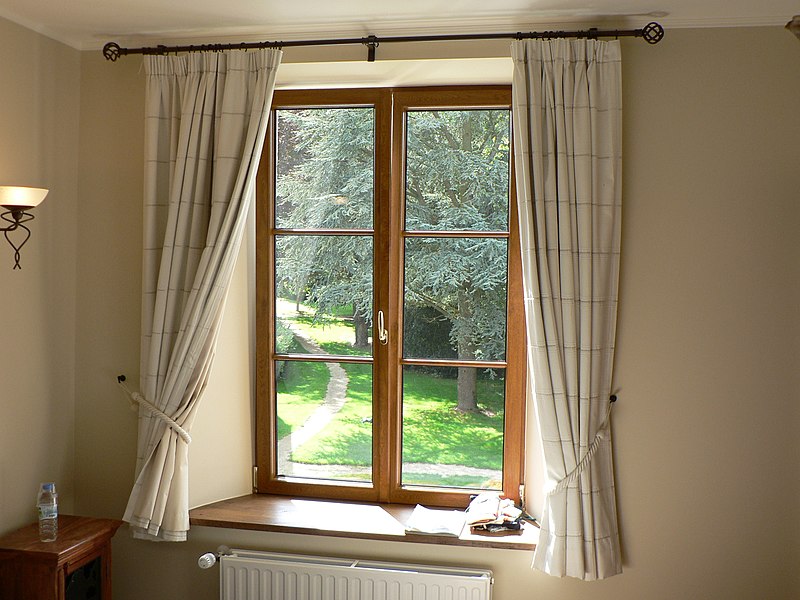 Photo by Niuw via Wikimedia Commons

Your environment has a major impact on your productivity and general well being. When possible, allow natural lighting into your home or office. According to 2012 research performed by the Swiss Federal Institute of Technology, people who used natural daylight instead of artificial lighting during the day were “significantly more alert” at the beginning of the evening, while those who choose artificial lighting were “significantly sleepier.” When compared to fluorescent and incandescent bulbs, LED lighting offers numerous benefits. They are silent and offer full-spectrum lighting, they can last up to 50,000 hours, the fixtures stay relatively cool, and LEDs do not emit UV radiation or contain mercury. With that in mind, choose carefully the next time you’re shopping for bulbs.