To begin, Duke Energy Corporation recently announced completing its 74.9 CES megawatt (MW). This is for the newly built out Hamilton Solar Power Plant. It’s situated in Jasper, Florida. In addition this plant is on nearly 550 acres of land. More interestingly it can now light up 20,000 homes at peak hours. That’s a good start.

However, this plant is part of the company’s strategic commitment. A commitment to install 700 MW of solar energy in Florida through 2022. Hopefully we can see gigawatts soon though.

In conclusion, that’s with Duke Energy currently operating 100 MW of solar energy. That’s a good start of solar resources in the ‘Sunshine State’ but they need more. I think they meant to say “so far” but they need gigawatts and Terra watts. 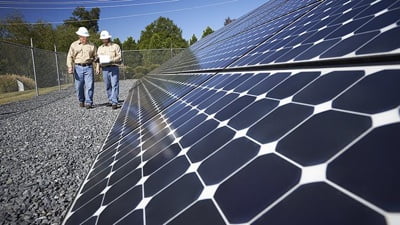 For solar power generation, Florida’s physical and geographic condition is the third best in the United States. Thereby making it an ideal state for expansion of solar power. However, the state does not have a renewable energy portfolio standard. Also it does not allow power purchase agreement. This is driving utility investment in other states. Nevertheless, residents of the state voted in favor of cleaner energy choices in November 2016. Therefore legislators responded by passing Senate Bill 90 (SB 90).

More importantly and how I’ve written before, utilities are doing their part to “radically cut the release of CO2, NOx, SO2, and mercury to reduce environmental and health impacts locally and globally. In addition and such as, Southern Company is reducing its carbon emissions by at least 20 percent. Then and other pollutants by 80 percent, in the next decade. Finally and in conclusion, carbon emissions must be reduced by at least 80 percent by 2050.