Firstly, U.S. cities across the Country are stepping up. For example, each year during Earth Month winners get announced. This is for National Mayor’s Challenge for Water Conservation. With the Wyland Foundation and others are working with their commitment to making water-saving choices.

For example earlier in its creation, some cities are Dallas, Texas, Corpus Christi, Texas, Huntington Beach, Calif., Bremerton, Wash. and Crete, Neb. Cause they are leading an effort among participants from across the nation who pledged to take over 277,742 specific actions (back then). Therefore, actions over the next year to change the way they use water in their homes, yards and communities.

For example and during the Earth Month in April 2014, more than 100 U.S mayors 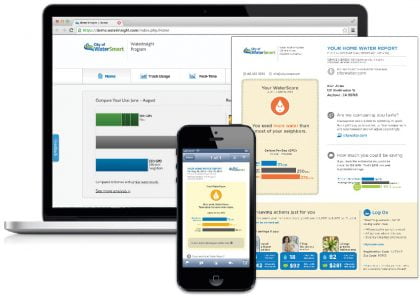 participated in the National Mayor’s Challenge for Water Conservation. These mayors encouraged their residents to make pledges online at www.mywaterpledge.com to cut water and energy usage in their cities.

In 2014, residents from over 3,600 cities in 50 states took part. The program presented nationally by the Wyland Foundation and Toyota, with support from the U.S. EPA and National League of Cities.

The top cities in five population categories with the highest percentage of residents participating are named winners of the challenge.

Residents from the five cities are eligible for drawings for over $50,000 in eco-friendly prizes, including the Grand Prize, a Toyota Prius Plug-In. Water utilities of the winning cities also receive a software application from WaterSmart Software to help cut water use by five percent over the next year. The winner of the Toyota Prius, Robert Ball of Corpus Christi, TX said, “I believe we all need to conserve water and our other resources, otherwise, we will have nothing to pass on to the next generation.”

Artist and conservationist Wyland said, “Access to a clean and reliable supply of fresh water is fundamental to our lives and Planet Earth. Most people do not think about their water footprint and the extent to which water issues can impact them personally.”

The collective efforts of the participants of the National Mayor’s Challenge for Water Conservation will:

The challenge comes at a time when population growth, extreme weather patterns, water shortages, and poor infrastructure threaten access to a steady, sustainable supply of water in the United States. The National Mayor’s Challenge for Water Conservation provides a positive way to reward residents across the country for using water wisely and controlling what goes down the drain and into their local watershed.

“Since 2000, Toyota has cut back on water consumption in our manufacturing process by twenty-three percent,” said Michael Rouse, vice president, diversity, philanthropy and community affairs for Toyota Motor Sales, USA. “We’re proud to support the National Mayor’s Challenge for Water Conservation to bring awareness to the importance of water conservation and engage communities in efforts to reduce water consumption and protect this valuable resource.”

Residents from more than 4,800 cities across the United States took part in the 2017 Wyland National Mayor’s Challenge for Water Conservation. Occuring April 1-30 they are pledging to save over 2.2 billion gallons of water over the next year alone! In 2017! So these annual month-long campaigns promoting drought resiliency and water quality ended on April 30. That’s now with mayors from 38 states vying to see whose city could be the nation’s most “water wise.”

In addition, cities with the highest percentage of residents making pledges in 2017 during the campaign included Laguna Beach, Calif., Flagstaff, Ariz., Athens, Ga, Aurora, Colo., and Dallas, Texas. Overall, residents around the nation, from Anchorage to the Florida Keys. They all made 421,891 pledges to change behaviors. These behaviors are ranging from fixing home leaks to reducing harmful runoff. Runoff into local rivers and streams.

Now in 2018, Toro stood out. Toro has been a partner with the Wyland Foundation since 2015. So supporting water conservation outreach and activities around throughout the year was right. Therefore their partnership is a natural fit. It’s their mission to support sustainability. One way is through the efficient use of water. These comments are from Phil Burkart, vice president of Toro’s Irrigation & Lighting Businesses. “We recognize the limited resources and availability of water. It’s why we are dedicating to providing water-saving innovation and education to our customers worldwide.”

“Toro is a worldwide leader in irrigation technology and innovation. Toro recognizes the importance of protecting water resources for future generations.” This came from  renowned marine life artist and conservationist Wyland.

NOW LET’S GET TORO TO GO ONLY ELECTRIC!!

The National Mayors Challenge continuing through April 30, 2018. Other sponsors including Toyota, EPA WaterSense®, National League of Cities, Conserva Irrigation, Earth Friendly Products. In addition, makers of ECOS, and southern California broadcast partner KCAL9/KCBS2. The challenge is designed to bring together all facets of the community. So as to follow their city’s progress throughout the year. This is to use that information to encourage neighbors, businesses and civic groups to spread the word. Furthermore residents across the United States are committing to reducing their water waste by more than 1 billion gallons a year.

FINALLY, we can IMAGINE how much more we can do!