Firstly, the power of the planet’s most effective carbon sinks – wetlands. They can and must be better harnessed in national and global efforts. Thereby efforts all to curb greenhouse gas emissions. This comes from the Ramsar Convention on Wetlands. SInce as it marking World Wetlands Day on 2nd February.

So with time running out to reduce global carbon emissions by 45 per cent before 2030. As well as limit global warming to well below 2C. All to provide wetlands provide a natural solution to making a daunting task more achievable.

Wetlands such as peatlands and marshes, as well as coastal and marine areas like estuaries, lagoons, mangroves and coral reefs, are essential to regulating the global climate along with forests and oceans.

Peatlands, which only cover three per cent of the planet’s land surface, store 30 per cent of land-based carbon. This is twice as much as all the world’s forests combined. That’s according to the Ramsar Convention’s Global Wetland Outlook . 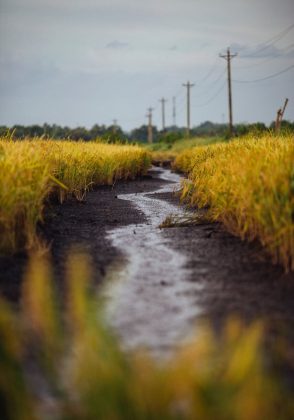 The Paris climate agreement recognizes the role wetlands play in limiting the amount of carbon in the atmosphere. Yet wetlands are being lost three times faster than forests. Most noteworthy, approximately 35 per cent of the world’s wetlands disappeared between 1970 and 2015. All due to changes in land use, urban growth, increased agriculture. In addition and as well as water diversion from wetlands and infrastructure development.

Wetland loss turns a natural carbon sink into a source of emissions that adds to global warming. Annual emissions of carbon dioxide (CO2), the most significant greenhouse gas, grew by about 80 per cent in between 1970 and 2004.  Currently, CO2 emissions from drained or burned peatlands amount to 10 per cent of all annual fossil fuel emissions.

Wetlands are not only critical to carbon storage, they are also instrumental in mitigating, adapting to and building resilience to the impacts of natural disasters. When disaster strikes, it usually manifests itself through water. Floods, landslides, tsunamis, storms, heat waves, droughts are all becoming more frequent and more intense. According to the World Meteorological Organization they have doubled in 35 years.

Inland wetlands are a natural sponge, absorbing rain, reducing flooding and delaying the onset of droughts by storing excess water.

In addition, the benefits of doing so are clear and multi-faceted. For example, by restoring 10,000 of 45,000 hectares of lost mangrove forests. Most noteworthy, Senegal will store half a million tons of CO2 over 20 years. The world’s largest mangrove reforestation programme will also buffer 200,000 people against storms and strengthen food security through increased rice and fish production.

So Denmark, Finland, Iceland, Norway and Sweden’s intensive restoration of the Nordic-Baltic peatlands is part of their efforts to regulate climate change. The draining of 45 per cent of these peatlands is responsible for almost 25 per cent of the region’s annual CO2 emissions.

In Asia, the storm protection benefits of mangroves in southern Thailand. Thereby they have been valued at USD10,821 per hectare. Mangroves are being restored along the Krabi River Estuary. They are to protect the coastal communities against tropical storms. All while Indonesia has committed to restoring two million hectares of peatlands. All cause in response to devastating fires in 2015-2016 caused by drought and the draining of peatlands.

Initiatives such as these and others are needed on a far greater scale across the world. Every effort to jointly protect, restore and wisely use all wetlands from now on will matter with each effort multiplying progress towards limiting global warming to below 2 degrees.

As well, those efforts will be greatly amplified through including wetlands. Also the multiple benefits they provide in national policies that address climate change. Thereby ensuring the finance is in place for wetland conservation.

In conclusion, it was solidified at the 13 Conference in November 2018. Therefore, parties to the Ramsar Convention resolved on measures to protect, restore and sustainably manage peatlands. That’s as well as coastal ecosystems. That’s acknowledging these wetlands pull well above their weight. All in the climate change equation.

“The task facing the world is colossal but not insurmountable. Where there is a will, there is a way. With wetlands, we have a way to save our planet,” says Secretary General Rojas Urrego.