First off, Investments in green infrastructure projects are key to supporting the unique needs of northern communities of Canada. That’s while protecting the environment and promoting cleaner, more sustainable energy options that will benefit northerners for generations to come.

Furthermore, they announced $40 million in funding for the Inuvik Wind Generation project. This is the first project under the Government of Canada’s new Arctic Energy Fund, which supports energy security in Northern communities. 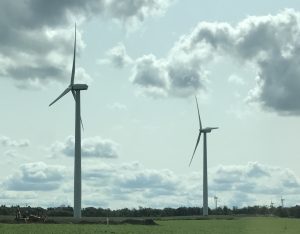 So the Inuvik Wind Generation project will develop an energy system. This system will include the installation of wind turbines, a grid controller and a large battery storage system. Without question, this will generate energy when the wind slows down. In addition, it also includes the construction of a 5-kilometre access road from Dempster Highway to the project site. Also and most importantly connections to the local electric grid. This project will provide a more efficient, reliable and cleaner source of energy for Inuvik residents. It will help protect the environment and lower greenhouse gas emissions by reducing diesel use.

“Investments in green infrastructure projects are not only important for our environment. However, they also improve the quality of life for those working and living in the North. I am proud to announce that the Inuvik Wind Generation project is the first infrastructure project to be funded under the Government of Canada’s Arctic Energy Fund.  This is which supports energy security in northern communities. The Inuvik Wind Generation project will help protect our environment and provide the community with a more efficient and cleaner source of energy.”