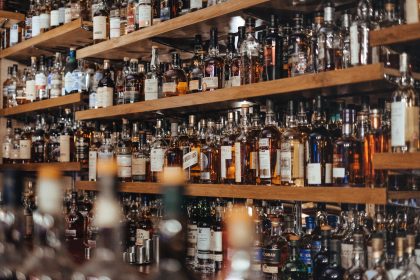 There are various components to alcohol production and distribution. Each element contains its own carbon footprint, composing a beverage’s total emission count.

Some alcohol production is region-specific. For example, craft beer companies traditionally generate products from snowmelt, so people in southern regions outsource their low content beverages from other states. Transporting liquids across the country significantly increases their carbon emissions.

The emissions leave a fermentation tank, polluting localized air. When carbon dioxide reaches the atmosphere, it contributes to the enhanced greenhouse effect.

Greenhouse gases, like carbon dioxide, convert sunlight into heat at a higher rate than conventional atmospheric elements. They also contain excess warmth in the environment rather than releasing it off the planet. The overproduction and entrapment of heat cause a global temperature increase, driving climate change.

The alcoholic beverage industry may utilize electric trucks for distribution. Additionally, consumers can limit their out-of-state alcohol purchases. They can adopt a mindset similar to eating in season.

One may shrink their carbon footprint by consuming the alcohol produced in their region. This is because it significantly reduces the transportation emissions absorbed by the product.

Consumers can also limit their alcohol outsourcing by purchasing longer-lasting products. For example, liquor has a 40% higher alcohol content than a bottle of beer. Therefore, you can use less liquor than beer or wine while consuming the same amount of alcohol. It also limits water exploitation associated with beer production.

Proof Brewing Company generated an eco-friendly brewing device with Earthly Labs, reducing their greenhouse gas emissions. The gadget captures carbon dioxide released in the fermentation process. Brewers can then use the substance to carbonate their beverages and fuel packaging.

Rainwater harvesting systems collect storm off puts in a collection barrel. A Solar pump then transfers the water to a purification filter. A brewer may then access potable water for beer production and cleaning.

The Most Sustainable Beverages

Grain is organic when produced on land without ecologically harmful substance application three years before receiving the certification. It limits farmers’ use of pesticides and synthetic fertilizers. Without high nitrogen runoff entering the ocean, we can prevent eutrophication.

The Future of Alcohol

Alcohol is a significant part of American culture. Because the industry is here to stay, we must continue decreasing its ecologically degrading activities. We can incorporate renewable energy, carbon capturing and biodegradable packaging into alcohol production, increasing its sustainability.

Kara Reynolds is the Editor-in-Chief of Momish Magazine and believes in science, that climate change is real, and is doing her part to keep Mother Earth healthy for the future of her four kids.