Now while the history of this car is one thing, the technology is another. I always loved the A123 Systems story. The Fisker issue is one I frankly saw coming a mile away. Wish he would have called. Still today since I am scared it’ll be round two for him.

Yet, once it got bought up with A123 Systems tech I said let’s test drive this PHEV. So this plug-in hybrid had a rough start. Fisker Automotive plunged into bankruptcy. and Chinese auto parts company the Wanxiang Group, and the company itself was relaunched as Karma. The original Fisker four-door was again plus the looks this thing got OMG. Also as a Karma G6 and if you use the battery first please. For then go to the hybrid system. Moreover and then charge you will get easily in eco esque mode about 63 Miles all electric. For yes it was possible.

For the Fisker Karma G6 is a Dream come true folks.

A123 Systems being bought up back when:

A123 Systems LLC will leverage its industry-leading research and development capability to bring innovations at the chemistry, cell and system level to market while also ramping up manufacturing at its facilities in Michigan and Massachusetts to meet demand from customers in three core business areas. For that’s transportation, electric grid and lead-acid replacement.

In addition, A123 will continue operating its existing manufacturing facilities in China.

Because Nanophosphate EXT is designed to significantly reduce or eliminate the need for heating or cooling systems. All for which is expected to create sizable new opportunities. That’s within the transportation and telecommunications markets, among others.

I mean even back when A123 Systems powered the BMW Active hybrid cars before the plugins! In addition they powered the Chevy Spark EV and others. 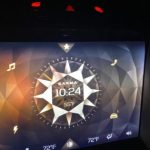 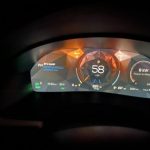 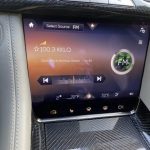 However and agreed with EVPulse.com

The first thing you notice inside the GS-6’s leather is it. It’s all over the place!!

I mean from the dash to the seats and door panels. For it is covered in leather. I mean even the padded surfaces have it on the top layer.

However, the controls could operate with a little more tactility. The buttons, stalks, and switches could be more tactile when you use them. Additionally, extra brightwork could offset the all-black exterior and carbon-fiber trim so that the cabin doesn’t feel too dark, especially with how narrow the windows are. Extra sound insulation could help, too, because the 22-inch wheels create a significant amount of road and tire noise, especially on unmaintained roads with lots of potholes, expansion joints, and bumps.

Despite its size, the Karma G6 interior is tight. It’s best to consider it a 2+2 with four doors due to that coupe-like roofline, which also makes ingress/egress tough. Rear passengers will feel a little intimate because of the small windows and lack of head- and legroom.

However (this is Seth speaking) and to not agree so much but in part. Part One: I drove two colleagues down to NYC in the car. One was so relaxed they fell asleep in the back.

So it’s a seriously comfortable car but definitely, Porsche has smaller seats in the back.

Although the seats are supportive and hold you in place nicely, the cushions and seat backs are firm and you can’t tilt the front portion of the former up or down.

The company believes that pure battery electric vehicles won’t work for everyone for another decade or more, and it calls the GS-6 an “extended-range electric vehicle”—although, by our definition, it’s a plug-in hybrid. It comes with a 28-kwh lithium-ion battery pack. Two motors provide rear-wheel drive, with a combined 536 horsepower and 550 pound-feet, while a BMW 1.5-liter turbo-3 makes 228 horsepower and functions solely as a 170-kw generator in this series hybrid. Karma says that it designed its inverters for the GS-6 in-house.

Both cars are offered in the Luxury and Sport versions, with the Luxury offering 0-60 mph time of 4.5 seconds and the Sport cutting that to 3.8 or 3.9 seconds and adding torque vectoring. 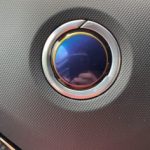 As the Detroit Bureau says:

“The overall design of the GS-6L is that of a classic grand tourer, rather than a sports car. Henrik Fisker, the original designer of the Karma — and founder of the ill-fated Fisker Automotive — has a long track record of designing timeless and exotic vehicles, including the Aston Martin DB-9. What he came up with here draws from classic sports sedan design but adds the requisite aerodynamic details critical for a car running on battery power, such as the fully flush door handles.“ 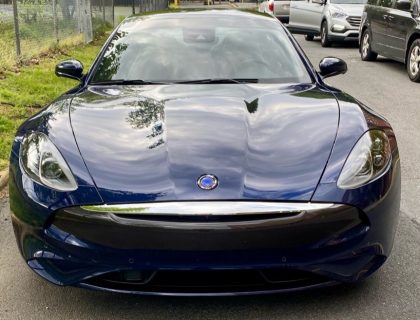 So as you can see the hood has Corvette style aerodynamics with also some Aston Martin feel. Like the old Lexus CT200h.

Yet it has a MUCH sportier feel inside. Especially on the floor and also with the 21-inch hot sick ass looking silver wheels. Let’s not forget the slate-colored disc brake calipers either folks!

The interior reminded me of an updated Karma. On my Instagram back in 2014. Yet I sat in the original Fisker Karma. More wood look and sport metal looks now but still relatively the same. So in keeping with the environmental theme of this plug-in hybrid they added carbon fiber, as well, recycled metals.

So besides it getting assembled in California which I love and it is an extremely sturdy built car. Not flimsy at all.

It was even more thick doors and body than the i8 YET the i8 used carbon fiber. However so did the G6… hmmmm 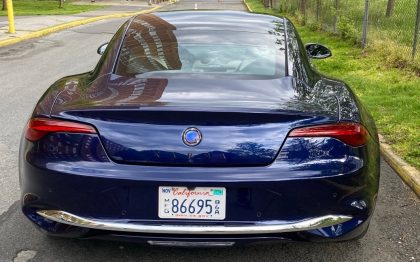 I drove this car into Long Island and all throughout Westchester County and New York City for a photoshoot for BLINK Charging in New York. For I can’t say much negative press on this car. There are a few suggestions. Not many.

1. Make it have hydraulics to lift the car. Every time it left my driveway I could hear the scrape at low speeds.

2. At lights at night near the charge port and by the handle.

3. Definitely work on the speakers. They need some work on each seat having it’s own controls to the general acoustics were I would say BMW esque to start. But the basic plan. Needs an upgrade.

Simple little things. But look I averaged 60 miles per charge plus. 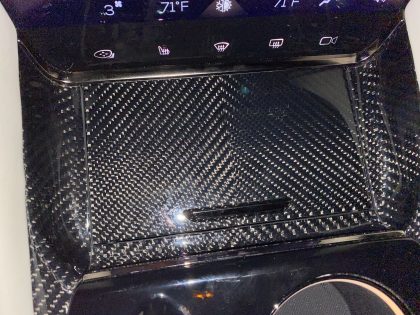 So this GS-6 is a big ass high five to someone over at Karma world. However and without question it’s the same relative technology to small motor like the BMW i8 plugin hybrid. Yet and like the i8. This is just a dream. Now finally appears that someone got the Karma right. Now Henrik Fisker who I am connected to on LinkedIn is no longer involved nor is the company that bore his name. As I said before Fisker Automotive is owned by Chinese auto-parts supplier Wanxiang. 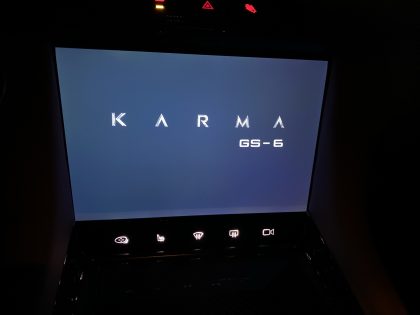 For they got away with higher battery EV tech company A123 Systems and the old Fisker. An amazing coup in 2017. 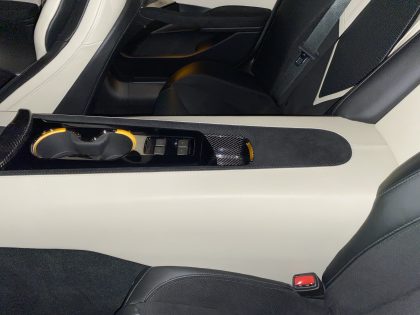 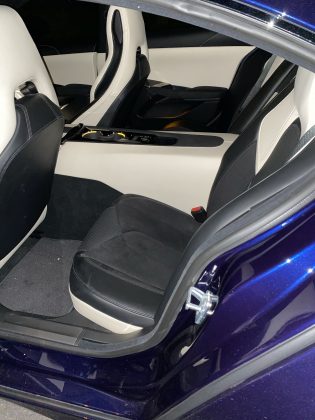 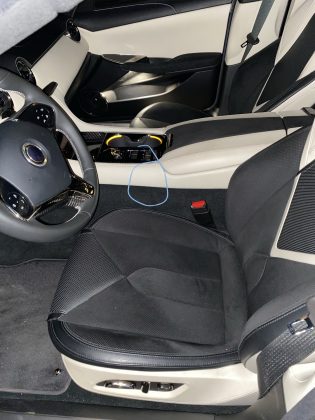 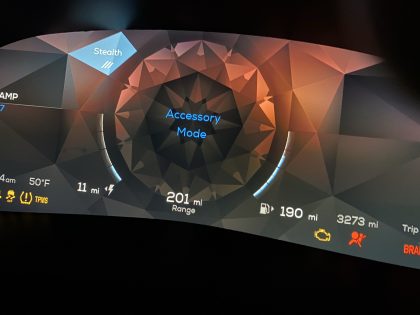 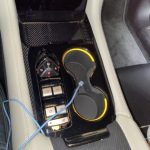 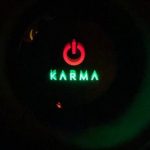 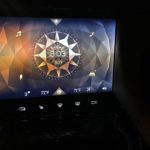 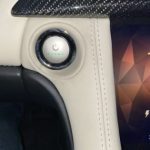 I did some instagram video on the car and really love this car. No kidding. Has to be up there with Tesla, Porsche and BMW. No questions asked! I might even consider one if they work on the hydraulics. Needs some work. Yet as a sportscar sedan to get around town. THE KARMA G6 IS A STEAL FOR THE PRICE!! A STEAL!!