Discussions of planetary exploration have surfaced through the recent launch of the James Webb telescope, many are becoming enthralled with the idea of potential “habitable” planets being discovered. While the excitement is at an all-time high for discoveries, we often forget the natural value that our planet Earth provides all life. Talks of climate change are becoming few, and more people are becoming less aware of the current impact that everyday features (non-sustainable cars, lengthened use of gas and electric, consistent littering) is delivering to our planet. Fortunately, various major cities around the world have also seen this negative impact, and have slowly created cultures and implementations that have had a positive influence on our planet.

All of these cities are considered “green” destinations where cutting-edge urban culture is enjoyed with the benefit of nature outdoors. Today, we discover the current cities that are making innovative changes (or have incorporated changes) to help save the planet: 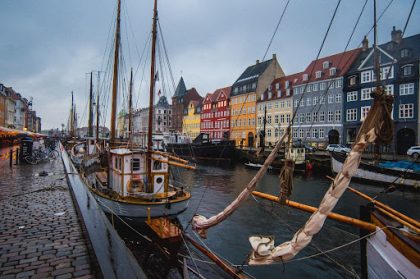 One notable feature in Copenhagen that allows them to become “green” is their method of transport. Copenhagen is known for its sustainable bike infrastructure, ensuring that the use of heavy automobiles is abolished through the creation of well-maintained bike paths which allows smart mobility with bikes throughout the city. This allowed Copenhagen to eliminate over 90,000 tonnes of greenhouse gas emissions per year.

Other features also include funding a defense towards climate change (through the St. Kjeld project), a district heating and cooling system, and a culture built around the popularity of staying “green” in Denmark. In short, Copenhagen is an innovative city that has prioritized the sustainability of its features and impact on the environment.

Vancouver’s Stanley Park is one of the largest urban parks in North America, reaching over 1,000 acres. In terms of sustainability, Vancouver has a plan to become the greenest city in the world by 2020, using their “Greenest City Action Plan”.

This plan targets three key pillars of sustainability that envisions opportunities for its residents while creating a strong local economy,  and an internationally-recognized city as a “green destination.” A large amount of Vancouver’s carbon emissions come from transportation.

Vancouver so far has made some positive progress regarding the various problems that their city posed, for example back in 2015 the amount of waste sent to landfills by the city was reduced by 27%, and the goals that Vancouver has in place (such as their project “zero waste”) will only further their position as a green destination. 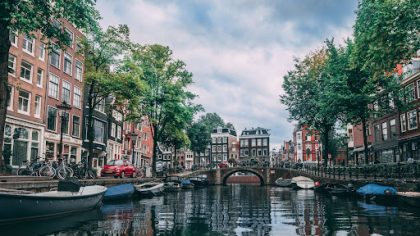 Amsterdam’s goal for sustainability grows further than their priority of replacing heavy automobiles with usable bicycles around the city. Their policy for energy efficiency and sustainability outlines their goals to reduce CO2 emissions in Amsterdam by 55% in 2030, and 95% by 2050.

At this time, Amsterdam has focused their efforts on achieving its goals by allowing trams and subways to run on green electricity, canal boats using natural gas, and other sustainable fuels.

The city of Stockholm has always set a vision that manifests a future with sustainable development. In earlier years (around 2010), Stockholm launched a sustainable study visit program. The program plan led to generating local and international environmental awareness, across the city and other European cities. 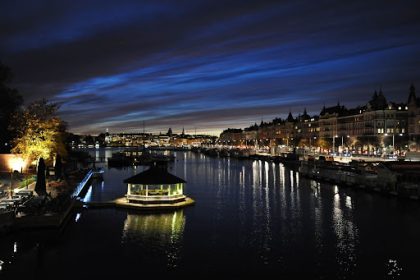 Awareness for the environment is heightening the effort of increasing sustainability around the city. That includes waste management, combating climate change, and ensuring effective sustainable transportation systems.

Because of Stockholm’s utility of energy, with 99% of solid waste recycled and almost 80% of all hotels accredited with sustainable features, Stockholm is considered one of the best sustainable cities around the world.

Vienna is one of the greenest cities on the planet according to studies across the web. The city boasts national parks, enewable energy resources and energy-efficient transportation. Vienna has acquired its title as a green destination with ease.

In recent years, Vienna has satisfied around 30% of its energy demand from renewable energy sources, through its production of locally produced goods, resident-centered urban planning, and clean air regulation. In addition, Vienna has an impressive photovoltaic plant park at their International Airport.

Berlin has goals to cut CO2 emissions by one-third from 1990 levels and aims to be climate neutral by 2050. These goals are leading towards numerous innovative sustainable advances. 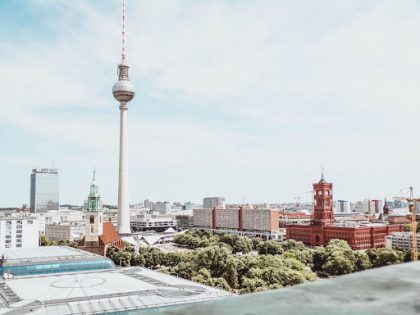 Foe instance, Berlin now has 2,500 green spaces within the city and hundreds of cycle lanes. The city also has recycling incentives that push residents to recycle more than the majority of cities around the world. Moreover, its supplying many residents with affordable clean energy.

According to numerous sources online, such as Italia Travel World, Lisbon is also a green city.  Between 2002 and 2014, Lisbon reduced CO2 emissions by 50 percent. In addition, the city also reduced water and energy consumption by 23 percent between 2007 and 2013.

The city of Portland is one of the most low-impact living and sustainable environments within the US. Portland utilizes renewable sources for their public transportation through the use of their “Flex Cars.”  In addition, the city composts waste by 67%, and recycling initiative within the city, with more strategies implemented to ensure their eco-conscious developments are put in place.

For some time now, Singapore has been building its city to become an eco-friendly metropolis. With Singapore’s approach to the 2030 agenda, the city has many effective strategies and solutions. Singapore’s goal is to increase sustainability across the city. Because of Singapore’s sustainable efforts, there is not one city that’s more “eco-friendly” than the other.

In all, Singapore is working to increase clean air, supply clean water, and create beautiful green spaces. As a result, Singapore is now among the 20 most green cities in the world.

Interested in other blogs about sustainability? Why not check out The Green Living Guy’s extensive blog list? Our recent post about 5 tips for holding a sustainable event and how to build a sustainable company from the ground up details various environmentally-friendly methods for business-related ventures.