It wasn’t all that long ago that electric cars were the stuff of science fiction, something interesting to speculate about but not practicable in the real world. Then electric cars were available but so prohibitively expensive that only the very rich could afford to have them.

Due to a complex combination of factors, electric cars are becoming more common and more accessible to the average consumer. Here are some reasons why you should think about buying one. 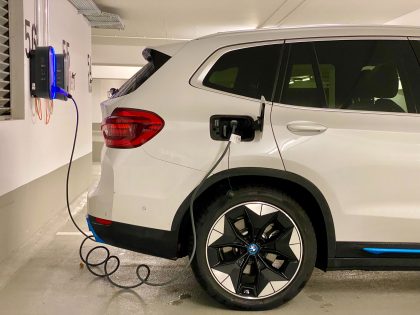 1. Fun With Tech and High Performance

In a discussion of the technology that goes into an electric car, you may hear seemingly incomprehensible terms such as neural network batch size. Such terms may be difficult to understand and even harder to explain, but basically, it means that electric cars have the most advanced technology of any cars on the market.

The technology behind an electric car makes it more enjoyable to drive. Where a gas-powered vehicle has to work up to maximum power, an electric car can reach peak torque while still standing still. Electric cars have a lower center of gravity, which gives them the improved cornering capability and better handling. It also makes them safer because an electric vehicle is less likely to have a rollover accident.

Gasoline-powered vehicles emit gasses that reduce air quality and contribute to global warming by trapping heat next to the surface of the Earth, a phenomenon known as the greenhouse effect. Electric vehicles produce no such poisonous emissions, and hybrid vehicles produce none when in full electric mode. As electric cars replace their gasoline-powered counterparts, the air should become cleaner and everyone should be able to breathe a lot easier, both literally and figuratively.

The purchase price of an electric car has decreased considerably to the point where it is often comparable to what you would pay for a new gasoline-powered vehicle. Nevertheless, electric cars still tend to be at least a little more expensive, but you may find that savings on maintenance costs offset that greater upfront investment in the long run.

Electric vehicles have fewer moving parts than gasoline-powered vehicles, meaning that they require less maintenance and last a lot longer. Charging an electric vehicle costs approximately half as much as filling up a gas tank. Charging is also convenient because you can plug your electric car in at night and have it all charged and ready to go to work in the morning.

Because of the many benefits that electric cars offer not only their owners but the planet as a whole, governments would like to encourage people to purchase them. The federal government may offer you a substantial tax credit on the purchase of an electric vehicle, ranging up to $7,500. Depending on where you live, you may also be able to claim credits from state or local governments.

In addition to tax credits, you may be able to take advantage of rebates. For instance, you receive a portion of the purchase price back, and better payment terms from dealerships. For example, if you lease your electric vehicle rather than purchase it, it is the dealership that receives the federal tax credit rather than you. However, the dealership may pass the savings on to you by lowering your monthly payment.

There are other benefits of owning and driving an electric vehicle. You may be able to take advantage of this depending on where you live, work, and shop. For example, businesses sometimes reserve prime parking spots close to the front door for people who drive electric cars. California allows electric vehicle drivers to use the carpool lane, even when the vehicle only has one occupant.