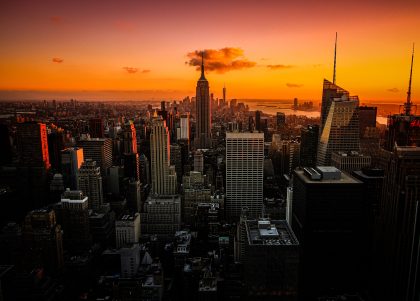 The global scientific consensus says Net Zero must be achieved by 2050 to avoid catastrophic climate change. This means a major loss of life and habitat, plus economic disaster. However, Cityzenith CEO Michael Jansen told a key international conference: “Digital Twins are the perfect tool for managing and accelerating the energy transition. If the top 100 cities in the world, we could get to Net Zero globally by 2035. Instead, we are talking about 2050 right now.”

Jansen was speaking at the two-day Future Digital Twin conference & expo attended by more than 700 oil, gas, and energy professionals from around the globe.

Dr. Grieves is ‘the father of the Digital Twin.’ He suggests the international deployment of Digital Twins within an over-arching and beneficial virtual ‘metaverse.” Moreover, mirroring mankind’s physical presence on Earth was still a long way off, with too much ‘siloing’ within industries including oil and gas, and energy.

Internationally agreed standards for Digital Twin deployment would help. However, this may take too long and have political influence.

This chimed with Cityzenith CEO Michael Jansen’s standpoint: his company already has that platform, SmartWorldOS, a software that can integrate and work with the myriad of building design and management software used across construction and other industries.

And Cityzenith has its sights on the biggest decarbonization target: the world’s cities, which UN statistics say consume 78% of global energy and produce 60+% of greenhouse gas emissions yet cover less than 2% of the Earth’s surface.

Cityzenith has responded to these damning figures with its ‘Clean Cities – Clean Future’ (CCCF) initiative, deploying SmartWorldOS (SWOS) to reduce operating costs in urban buildings by 35%, and boost productivity by 20%, and cut emissions by 50-100%.

100 of the Largest Cities

High-profile Cityzenith customers he named at the conference included New York City, Las Vegas, Phoenix, and Los Angeles. Moreover, SWOS is being deployed on significant projects that can be scaled elsewhere and ultimately across entire cities. Not to mention, infrastructures such as transportation, energy, and water and waste management. He was confident that Cityzenith would have 100 cities as customers within two years, with 300 the year after.

The Future Digital Twin conference & expo focus was driven by the oil and gas industry’s need to change at pace to maintain energy security – now exacerbated by the Ukrainian conflict – while also driving decarbonization. The conference conclusion for hydrocarbon companies is clear: incorporate Digital Twins into your strategy or risk staying behind.

Adam Soroka, MD is the conference organizer of Cavendish Group International. He said, “It’s clear from the open and constructive discussions over the two days that Digital Twins are gaining momentum. And shifting from a nice-to-have to a must-have technology.”

If you want to learn more about this pioneering company, please register here for the Cityzenith webinar.