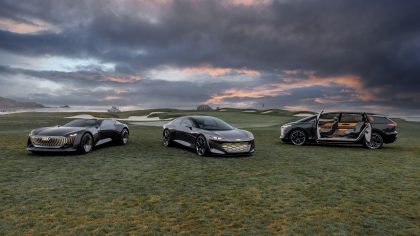 Audi will continue its longstanding tradition of energizing (and now electrifying) automotive enthusiasts from around the world at the annual Monterey Car Week.

Earlier in the week, multiple 5-cylinder legendary race cars will be displayed alongside the RS e-tron GT at Legends of the Autobahn. 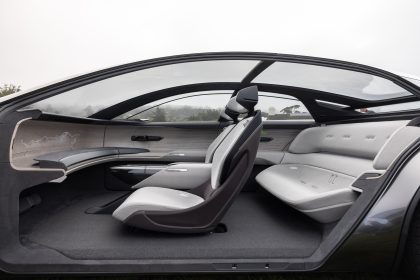 Likened to a first-class flight on a private jet made for the road, the 17.6 ft. long grandsphere sedan concept combines the luxuries of private travel in the greatest of comfort with comprehensive onboard experience offerings. Level 4 autonomous driving permits new dimensions of freedom to be possible. While in autonomous mode, the interior of the grandsphere turns into a spacious sphere of experience without a steering wheel, pedals, or displays, with the front seats becoming a first-class lounge offering maximum space and access to all the integrated functions of a holistic digital ecosystem.

As the second of the three “sphere” concept cars introduced from Audi, the Audi grandsphere holds a particularly special place for the brand’s future. The technologies and design attributes observed in the grandsphere will appear again within the next few years in future Audi production models. In a conventional sedan, it has become common to observe a majority of the comfort-oriented amenities and features integrated into the rear seating area.

With the grandsphere sedan concept, the steering wheel and pedals disapear while operating in the level 4 autonomous drive mode, freeing the front area of the cabin to become a free space while offering perfect views through the large front and side windows. Traditional gauges and display screens do not exist. Rther, there are high-resolution projections onto interior surfaces. The projected display is controlled by either a sensor bar under the projection surfaces, haptic feedback controls, or through the advanced eye tracking and gesture controls. Click here to read more about the Audi grandsphere. 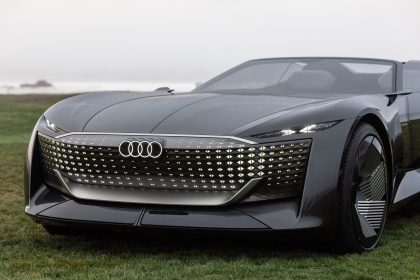 Unveiled as the first member of Audi’s new family of concept vehicles, the Audi skysphere concept is an electric-powered, two-door convertible which showcases Audi‘s vision for the progressive luxury segment of the future. Thanks to the combination of autonomous driving, a revolutionary redesign of the idea of a traditional interior, and a seamless digital ecosystem, the interior of the skysphere becomes an interactive space, and a platform for captivating experiences.

The Audi skysphere concept shows how Audi is redefining luxury in the future – it’s no longer just about driving. Designed with a variable wheelbase, the Audi skysphere concept permits two entirely different driving experiences. A grand touring experience, as well as a sports experience. The skysphere’s variable wheelbase utilizes electric motors and a sophisticated mechanism with the vehicle’s body and frame components. The body and frame pieces slide into one another and make it possible to vary the wheelbase itself. It can also alter the exterior length of the car by 250 millimeters.

At the same time, manufacturers adjust the vehicle’s ground clearance by 10 millimeters to enhance both comfort and driving dynamics. Click here to read more about the Audi skysphere. 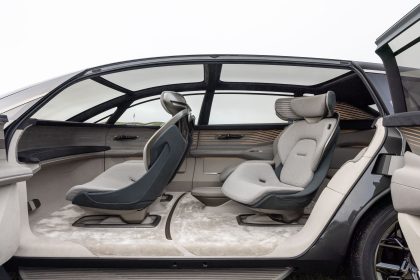 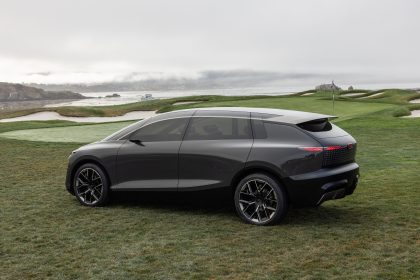 Designers and engineers initially created the Audi urbansphere for use in traffic-dense Chinese megacities. However, the concept is also suitable for any other metropolitan center in the world. In these urban areas the concept car offers the largest interior space of any Audi to date. It intelligently coordinates this with technologies and digital services. That’s those that appeal to all senses and offer a whole new level of experience. The spacious automobile acts as a lounge on wheels and a mobile office. It serves as a third living space during the time spent in traffic.

Click here to read more about the Audi urbansphere. 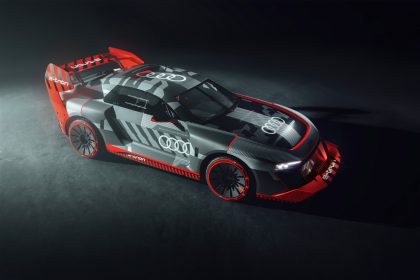 Modernized, electrified, and inspired by the iconic design of the 1985 Audi Sport quattro S1, the S1 e-tron quattro Hoonitron dispels any doubts that an electrified car cannot be engaging and synonymous with modern performance. This modern interpretation of the original S1 quattro features dual electric motors. In addition to all-wheel drive, and a carbon fiber chassis. Not to mention the incorporation of the full suite of safety standards by motorsports’ top governing body, the FIA.

Limited to just one unit produced, this concept was developed specifically for American drift artist Ken Block. Audi will feature in his next installment of the famous Gymkhana series, under the title of “Electrikhana.” In addition to the display of this electrifying concept, fans will also witness the original Audi Sport quattro S1. That’s with which Walter Röhrl set his record at the Pikes Peak Hillclimb in 1987. Moreover, in just 10 minutes and 48 seconds on gravel.

It still stands as the fastest time on the unpaved stretch of road into the sky, as it has since been paved. The modern interpretation, the S1 Hoonitron, serves as a nod to this significant period. That’s while remaining in focus on the commitment toward electrification. Click here to read more about the Audi S1 e-tron quattro Hoonitron and its impressive development.

The RS e-tron GT joined by the original, legendary 5-cylinder race cars at Legends of the Autobahn 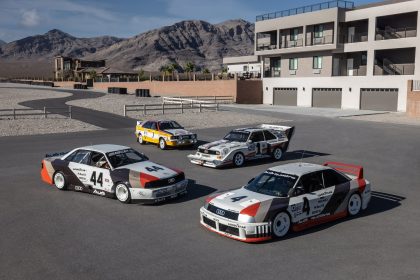 The race-winning cars of the five-cylinder era in Group B Rally, IMSA GTO and SCCR Trans Am will be on display. That’s for enthusiasts to see alongside the RS e-tron GT which will electrify enthusiasts. The Group B era of rally racing is the pinnacle of the World Rally Championship (WRC).  That’s because from 1982 to 1984, there were no restrictions on the amounts of turbo boost or on vehicle weight. In the 1984 season, the Group B Audi quattro A2 delivered 360 horsepower from its 5-cylinder racing engine. It also went on to win the driver’s title, with Audi taking the manufacturer title.

Audi withdrew from the rally in 1986. However, the legacy of the quattro system in the North American sports car racing series IMSA GTO and SCAA Trans Am series. In 1988, the Audi 200 quattro Trans-Am used the basis of a production five-cylinder engine for homologation purposes. It has up to 510 horsepower from a 2.1-liter engine – equating to an impressive exhibit of 242 horsepower per liter.

In 1989, the Audi 90 quattro IMSA GTO will dominate the United Staes. That’s by touring the car scene with 720 horsepower from a 2.1-liter five-cylinder race engine. Audi takes home eight wins from the 13 events as champions Hans Stuck, Walter Rohrl, and Hurley Haywood. It has everlasting credentials for the Audi five-cylinder engine paired with the legendary quattro drivetrain system.

The RS e-tron GT produces a net 590 horsepower and up to 637 horsepower with overboost. The total system torque is 612 lb-ft. As a result, the RS e-tron GT can accelerate from 0-60 mph in 3.1 seconds. It also has a 155 mph top track speed. That places the acceleration of the RS e-tron GT on par with the V10-powered Audi R8 supercar. All while generating zero direct emissions. Click here to read more about the e-tron GT and RS e-tron GT models.