For more than a decade, Plug In America’s top policy priority has been to extend and expand the federal EV tax credits. This week, a bill to do just that was signed by President Biden. In some respects, the Inflation Reduction Act is less than we would have hoped for, but in others, it is much more.

The original EV tax credits were approved by George W. Bush back in 2008. Because of the 200,000 caps per manufacturer, it became clear a long time ago that they would run. Thus, Plug In America (PIA) has led numerous campaigns on the tax credits over many years in both Democratic and Republican administrations. PIA even got a bill to the President’s desk once before (but Donald Trump declined to sign it!) 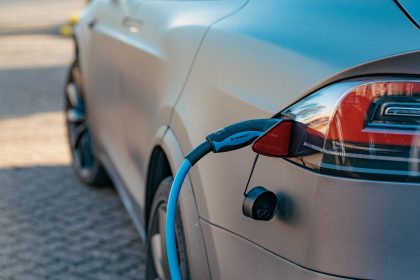 The Future of EVs

When we started this effort, it was an obscure credit for an exotic technology that hardly anyone cared about but us. In 2008, the Tesla Roadster was the only commercially available EV! Even the LEAF and the Volt were still a few years away. Today, the EV credit is near the top of the congressional and White House agenda. You did that. The importance that our national leaders now give to EVs is a direct result of years of pushing by EV enthusiasts and PIA members. In fact, details about the extension of the credits are among the top stories covered today by the New York Times.

It is true that the purchase incentive has flaws that need fixing. Some vehicles will not be eligible for the full tax credit. For instance, vehicles with battery minerals that professionals are mining or processing outside of the U.S. or our free-trade partners. The same applies to vehicles with battery components that were manufactured outside of those areas. We certainly agree that it would be better to bring these industries to the U.S. But the truth is that supply chains are global and highly complex. Shifting them around takes time. Many manufacturers have said that they cannot meet the short timeframes in the bill, and their vehicles are unlikely to fully comply for some time. But keep in mind that Tesla and GM used up the credit a long time ago. Toyota and Ford are phasing out this year, and Nissan will likely phase out next year. So the current situation with the existing credit is not great either. Also, it is likely that these new provisions are inconsistent with global trade rules.

The new credit will allow purchasers to claim it at the point of sale. However, it also has limits on income for eligible buyers and MSRP caps on the vehicles. PIA will draft a separate blog in a few days with detailed guidance for EV buyers under the new rules.

One concern is that the bill will set off a massive rush to mine and/or process lithium, cobalt, and nickel. Not to mention numerous other minerals in the U.S. Mining can be very messy. This needs to be done properly and carefully, with appropriate social and environmental safeguards in place, such as IRMA certification on new mines, among other measures.