Aluminum and hybrid electric car yet all Jaguar.

Story soon to follow but I’d be remiss if I didn’t tell you what’s up.

Called the Off Grid Battery Energy Storage System (ESS), Pramac’s technology – whichfeatures lithium-ion cells from one-and-a-half second-life Jaguar I-PACE batteries, supplies zero-emission power where access to the mains supply is limited or unavailable. To showcase its capability, the unit helped Jaguar TCS Racing prepare for the 2022 ABB FIA Formula E World Championship during testing in the UK and Spain, where it was used to run the team’s cutting-edge diagnostic equipment analysing the race cars’ track performance, and to supply auxiliary power to the Jaguar pit garage. 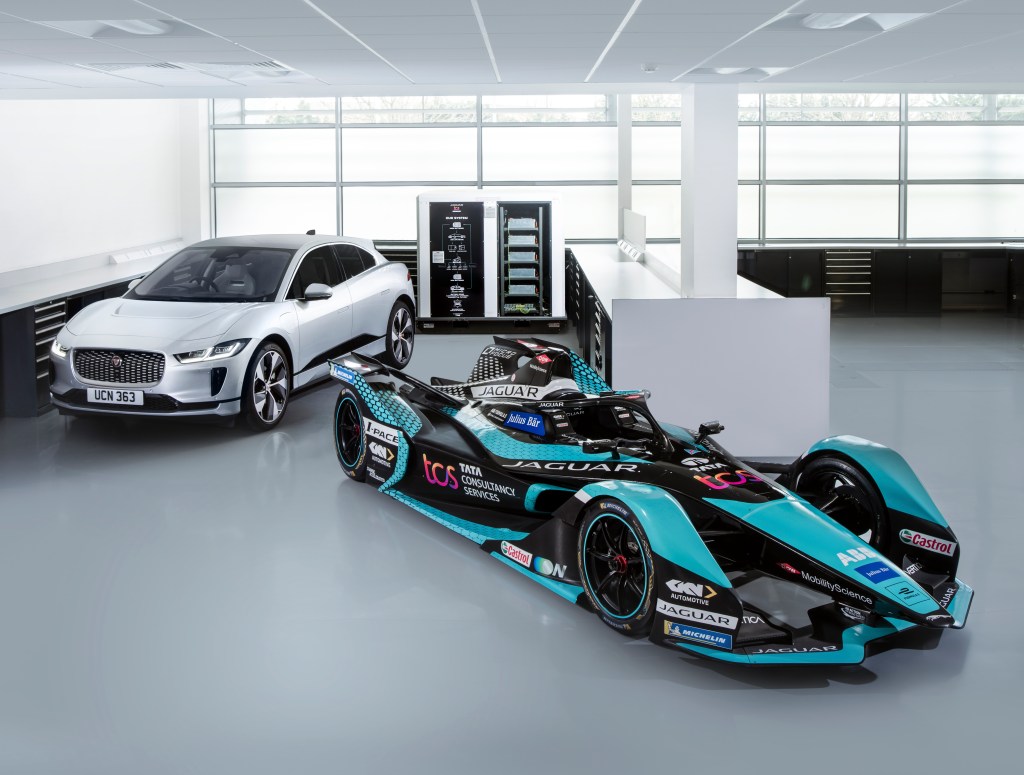 The testing and also validation of the Off Grid BatteryESS by Jaguar TCS Racing is a demonstration. Especially of race-to-road-to-race cyclical technology transfer. Learnings from Jaguar TCS Racing have also previously informed a software-over-the-air (SOTA) update. One for I-PACE customers that delivered a real-world range increase of up to 20km. Moreover and now further use cases for the Off Grid Battery ESS. That’s around the racing team’s program. For they are being assessed. The lights go green for rounds four and five. I mean of the Formula E World Championship in Rome on 09 and 10 April.