David O. Carpenter, M.D., professor of environmental health sciences at the University at Albany’s School of Public Health, is available to talk about the threat posed by contaminated water to Puerto Rican residents in the aftermath of Hurricane Maria. Dr. Carpenter was quoted this week in a CNN story about residents forced to drink water potentially contaminated with carcinogens after the hurricane knocked out municipal water systems more than four weeks ago. 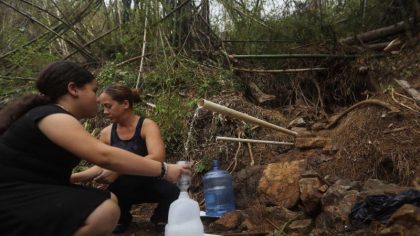 CNN quotes Dr. Carpenter as saying: “It is reasonable to distribute this water under the present circumstances,’ but there are no safe levels for carcinogens in water. ‘It is certainly likely that these wells will have contamination,’ Carpenter said after reviewing EPA documents.’”

Dr. Carpenter is a public health physician who, along with his position at the University at Albany, serves as director of the Institute for Health and the Environment. He previously served as Director of the Wadsworth Center of the New York State Department of Health and as Dean of the University at Albany School of Public Health. Carpenter, who received his medical degree from Harvard Medical School, has more than 370 peer-reviewed publications, six books, and 50 reviews and book chapters to his credit. 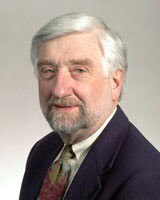 Carpenter also gave The Green Living Guy a separate quote on this matter:

“Humans die within about one week if they do not have water to drink. This is the case whether or not the water is contaminated with infectious agents and/or chemicals. Having a safe water supply is extremely important, because many people die from drinking contaminated water. If contaminated with bacteria, viruses or parasites, they will develop diarrheal diseases which are often fatal, especially in very young children. Chemical contaminations also cause disease, but usually the latency for the development of those diseases, especially cancer, is many years, and more difficult to trace back to the chemicals in the water than caused the disease. Most of us take for granted that our government protects us from having polluted water to drink. In fact the EPA does a good job at regulating the safety of municipal water supplies. Drinking water is never totally free of contamination, but by assuring chlorination to kill infectious organisms, filtration to remove parasites and standards for contamination with many chemicals, our municipal water supplies are safe for drinking. The problem post-Maria in Puerto Rico is that municipal water supplies have been so damaged as to not be able to provide safe water, and in many parts of the country our federal government has not been able to provide bottled water. Under those circumstances it is no wonder that individuals are drinking water that is contaminated. This is not excusable and must be remedied as soon as possible.”

David O. Carpenter, MDDirector, Institute for Health and the Environment, A Collaborating Centre of the World Health Organization, University at Albany