Vermont Soap, the certified organic soap manufacturer, is pleased to inform health conscious consumers that its 100% natural, certified organic fruit and veggie wash not only makes the food they consumer safer, but taste better too.

Produce Magic is an eco-friendly alternative for avoiding contaminated produce and food-borne illnesses that strike 48 million Americans each year. 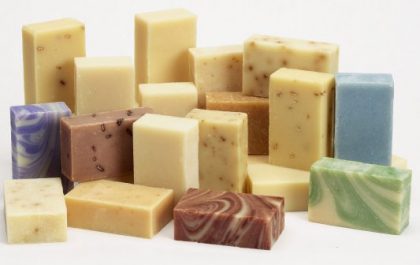 The FDA will for the first time have a congressional mandate to inspect domestic food processing facilities.  The new legislation significantly enhances FDA’s ability to oversee the millions of food products coming into the United States from other countries each year.

Perhaps one third of produce in America contains a lot of residual pesticides.  Although buying organic does reduce exposure to harmful chemicals and pesticides found in conventionally farmed produce, it does not guarantee contaminant-free fruits and vegetables due to drift from conventional farms, contaminated soil and other factors.

“Rinsing fruits and vegetables with water will remove loose dirt and soil, but not the harmful residues often found on produce,” says Larry Plesent, Vermont Soap’s Founder.  “Pesticides used in growing produce are designed to be waterproof in order to remain effective after it rains. To successfully remove chemicals you need to use a surfactant to break them down.  Produce Magic uses a natural, organic soap based surfactant to effectively remove residues,” adds Plesent.

Unlike other produce washes on the market today that are made from detergent bases, Produce Magic is 100% natural and certified organic.  It is made from renewable and organic vegetable and botanical sources including saponified organic oils of coconut, olive and jojoba and a natural citrus essential oil blend with organic orange oil, organic aloe vera and rosemary extract.

Produce Magic is also extraordinarily mild and hypoallergenic.  This environment-friendly fruit and vegetable wash is biodegradable and free of artificial colors, fragrances, preservatives, animal products or gluten.  Vermont Soap does not test on animals.