September 25, 2012 (Templeton, CA) – Last July, Dana Merrill of Pomar Junction Vineyard & Winery. For she received word that his project to install solar panels at the winery had been selected to receive grant funds from the USDA’s Rural Energy for America Program (REAP) which is authorized by the 2008 Farm Bill.  Pomar Junction is one of 450 projects nationwide to be supported by the program. One which helps agricultural producers and rural small businesses reduce energy consumption. Also costs. Finally and use renewable energy technologies in their operation.

The decision to go solar was a simple one for Merrill. Especially after having seen how his son and Pomar Junction General Manager, Matt Merrill. For he slashed his home electricity bills with solar energy.  “Matt was the first to install solar panels at home,” he recalled.  Matt’s father Dana also recently added solar “At my house, I had been paying something like four-hundred to eight-hundred dollars per month for five acres’ worth of electricity, but after going solar, my bill is now five dollars a month.  I knew that if I could save that much at home, it only made sense to go solar on a bigger scale at the winery, too.  We have now had a year’s worth of electricity at our new facility so we now know exactly how much solar electricity we need to generate to offset the  wineries usage.” 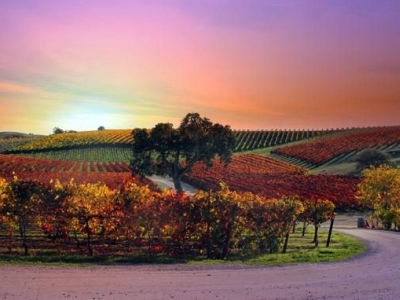 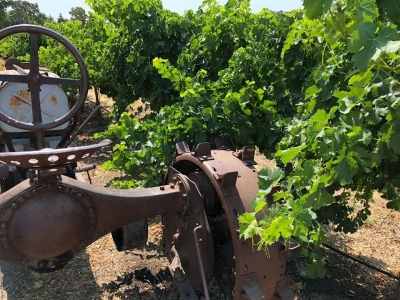 In addition, it was REC Solar that Merrill and the Pomar Junction team hired to install the panels. Also and which ultimately suggested that the winery apply for REAP funds.  “REC Solar does very, very nice work. In addition, it is also extremely knowledgeable about funds available to support businesses looking to go solar,” said Merrill.

Energy efficiency had already been of paramount importance at Pomar Junction. Especially whose main energy expenditure is running the chiller. For that keeps the warehouses cool where the wine and barrels are stored.

In fact, those critical buildings had already been outfitted with a passive cooling system. All wherein louvers at the top and base of the building were automated to open and circulate cool air once the temperature dropped below 65˚.

“The passive cooling system covered about sixty percent of our cooling needs at the time,” Merrill said.  “But in really hot weather, it could cost up to twenty-five-hundred dollars more per month. Especially to keep the buildings at a reasonable temperature for wine storage.”

By tapping into the grid, banking solar energy during cooler months and then spending that credit on energy throughout the hotter months, Merrill and the Pomar Junction team expect to save thousands upon thousands of dollars over the course of the year.  “Once you see one or two bills, it’s hard not to understand solar’s appeal,” he said.

The newly-installed solar panels – which lie out of view atop two barrel stores on the winery property – are just one more measure that Pomar Junction has taken in pursuing sustainability and efficiency.  As a charter member of the Central Coast Vineyard Team and one of the first wineries to be SIP-certified (Sustainability In Practice), Pomar Junction’s addition of renewable energy to its arsenal of measurable practices makes sense.