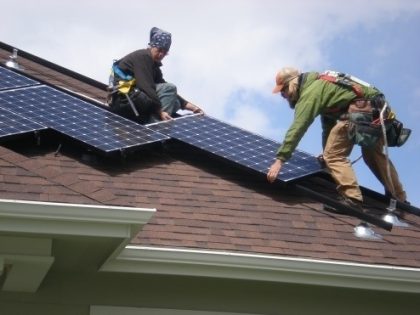 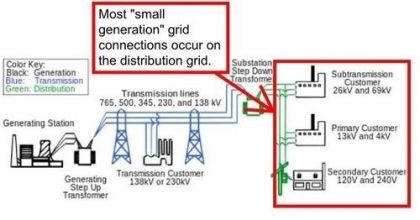 By John Moore
A Federal agency issued new and better standards for connecting rooftop solar, wind, energy storage, and other clean “distributed” power systems at homes and businesses to the electric grid, helping to make the grid connection process quicker and cheaper.

The new standards come not a moment too soon, as these home and business power systems are fast becoming a major source of electric power across the nation. Grid installations of these mostly on-site energy systems are booming, much of it rooftop solar, as more consumers want to produce their own clean power and control their electricity bills.

Without efficient and streamlined interconnection standards like those issued today, nearly every local utility would require homeowners and businesses to pay for expensive and time-consuming studies to look at whether their solar PV or wind system could safely connect to the distribution grid. FERC’s guidelines, both existing and newly improved by today’s order, avoid the need for many of these studies.

Note that the new standards are legally binding only on utility companies that own large transmission lines. Very few small generating resources interconnect to these lines. But, just as occurred with its 2005 standards, FERC expects the rule to be used as a model for state regulatory commissions and utilities that own the smaller, distribution level lines. Therefore, owners of onsite electricity generation systems, and those considering them, should urge their local utilities and state regulators to adopt the new guidelines as soon as possible in order to make it easier for this clean energy to continue to flourish.

Solar PV: 95,000 distributed PV solar systems were installed last year alone; nearly 300,000 total residential solar PV systems are now connected to the grid. The total electric power of all of these units is north of 8,000 megawatts (enough to power 1.3 million homes); small solar PV alone is expected to double in power capacity by 2015.

The total electric power of all of these units is north of 8,000 megawatts (enough to power 1.3 million homes); small solar PV alone is expected to double in power capacity by 2015.

Improving on the past

Although FERC issued standards for interconnecting small power units in 2005, there were relatively low maximum limits on both the size of the local power units and the power line energy capacity. Today’s improved standards reflect utility and customer experience with the tens of thousands of interconnections that have occurred since then. For example, larger systems can be connected to local power lines more safely than initially believed, and technology improvements further reduce any reliability risks. The new standards are based largely on California’s Rule 21, which many believe represents the state-of-the-art in technical conditions for small generator interconnections.

Among the more significant changes is an increase in the size of inverter-based systems eligible for expedited Fast Track review, from 2 megawatts up to 5 megawatts, if the system is located close to the substation and on “larger” wires better able to accommodate larger systems.

(An inverter-based system converts the direct current flow from the solar panels into home- and grid-friendly alternating current.)

Another important advancement is more projects will be able to proceed without a full technical study as long as the total amount of generation on a single line does not exceed 100% of the line’s minimum energy demand and the proposed connection passes specific safety, reliability, and power quality conditions.

The new standards will also help customers understand the best points on a neighborhood grid to connect solar, wind, and other small generation by providing access to local grid information in advance.

Finally, they now include energy storage as a covered technology subject to the standards – good news for those wanting to pair a wind or solar system with a storage unit.

What you can do

To ensure the new FERC guidelines are adopted in your state, ask your state’s renewable energy trade associations and environmental/clean energy groups for the best way to contact the right state officials to get them approved. 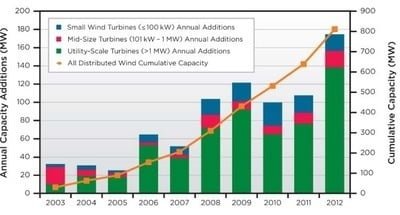 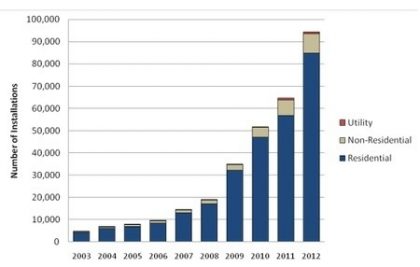