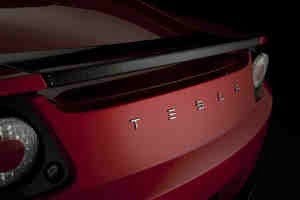 Ever since I suggested that in order for Bolivia – the nation with the most lithium resources on earth – to become the new Saudi Arabia of the world, it, among other things, had to produce lithium carbonate in proportion to the planet’s needs, nothing much has happened in this country.

True, the Bolivian government publicized different inaugurations of pilot plants both for potassium chloride and lithium carbonate since the beginning of last year. As of now though Bolivia hasn’t managed to introduce itself into one of the most attractive and promising markets today and in the years to come.

Meanwhile, electric vehicles are already part of our reality and are here to stay. No wonder there has in recent times been so much discussion as to whether Tesla Motors (TSLA) will be able to cover the demand for its cars that even the most furious critics of electric cars, lithium-ion batteries and lithium have argued that the carmaker will fail not because it can’t sell the vehicles it manufactures but because it won’t be able to buy enough batteries and hence produce sufficient cars to make its whole business profitable.

In a sense, these commentators have been saying that Tesla will definitely face serious Li-ion battery supply problems which will essentially hinder any prospects for the car maker to turn into the world’s EV leader.

Somewhat surprisingly, none of them has really mentioned lithium as a possible obstacle for the advancement of Tesla. Hence those views have all along taken lithium for granted.

In what follows, I will argue that after some point Tesla’s success will depend not so much on any Li-ion battery supply constraint as such but on what happens at the beginning of the lithium value chain, notwithstanding the fact that there can’t be Li-ion batteries without lithium, of course.

Source and for the rest of the story please visit: Seeking Alpha