By: Laura Flanders from The Nation on May 7, 2013 – 8:51 AM ET
Investigators are blaming ammonium nitrate for the massive explosion that devastated most of the town of West, Texas, on April 17. The chemical, which was stored in large amounts at the West Fertilizer Co., is used to make fertilizer. It’s also used by coal companies to blow up mountains. 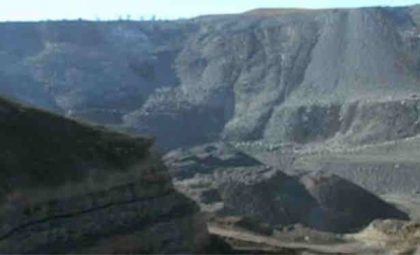 Ammonium nitrate poses a threat to human and environmental health not only when it catalyzes fatally in a dangerous stockpile but also when particles of the stuff shatter into the air and seep into groundwater from strip mining, say residents of mining communities. Opponents of so-called “mountaintop removal” are in DC this week, taking that message to the Obama administration in a week of action culminating May 8 with a delivery of toxic water to the Environmental Protection Agency.

GRITtv was in Central Appalachia the week after the Boston Marathon bombing and the West, Texas, fire. While terrorism of the bomb-plots sort seemed far away, explosions there were a daily occurance. Vernon Haltom of Coal Mountain River Watch, who showed us around, cited estimates that more than a million acres and tens of thousands of streams have been affected since so-called mountain top removal began. Having depleted the area’s rich underground seams, in the late 1970s coal companies in Central Appalachia began blasting the tops of the mountains to get at coal just beneath the surface.

Since then, more than twenty peer-reviewed studies have raised alarms, some linking trace amounts of ammonium nitrate, benzine and silica to health problems, including low birth weights and elevated death rates in mining areas of Virginia, West Virginia and Kentucky.

For the entire story from The Nation