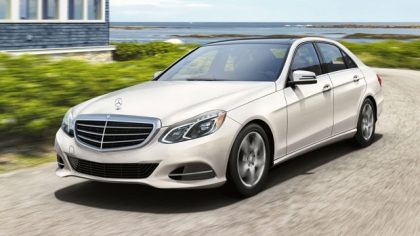 Going green is more than a trend.

It’s also more than just a way of life; it’s quickly becoming a necessity, and some people even consider it a personal responsibility. Drivers with a soft spot for the environment have long turned to hybrid cars over standard models, but now everyone’s jumping on that bandwagon. That’s partly because hybrid fuel economy is cost-efficient and fuel-efficient, which many consider a win-win situation.

Cutting Carbon Emissions at Rest
One appealing fact of hybrid fuel economy is the modern marvel of the automatic shut off and start. You may never think about how much energy you waste by running your car when you’re stopped. When you sit in your car and let your engine idle at red lights and in traffic jams, you waste gas and send dangerous carbon emissions out into the atmosphere, even though you aren’t reaping any benefits. There’s no reason for that waste. Recognizing this, hybrid manufacturers went above and beyond the call to stop it.

The solution is that today’s hybrid vehicles shut down automatically when you’re at a full stop. You might initially consider that a negative. In fact, you’re probably thinking what a hassle it is to key the engine again, all while imagining a chorus of discordant honks and the angry shouts of drivers suffering from road rage behind you. Put your imagination to rest and let your blood pressure calm itself, though. As soon as you step on the gas, your hybrid starts right back up again, and you’re on your way. The drivers behind you will be none the wiser.

Saving Energy While Braking
Similarly, regenerative breaking is a beneficial aspect of hybrid fuel economy that makes it more efficient. Your car also wastes a lot of energy when you brake. Braking takes a lot of energy and power, but in a hybrid, the wheels won’t end up grinding to an energy-sucking, carbon-bleeding halt. Instead, they slow down due to the resistance applied to the car’s drivetrain, through the electric motor.

The wheels then turn your motor themselves, effectively turning it into a generator that takes the energy usually wasted when you apply the brakes or coast down a hill or a straight stretch. It converts the energy back into electricity, which goes straight to the battery and keeps it charged up, ready and waiting for the next time you need electric power.

The Best of Both Motors
As you can see, some of the biggest advantages of hybrids exist in the dual motors. They work in perfect harmony, creating a glorious bit of car-choreography designed to save you money while saving the environment. Succinctly, the hybrid’s electric motor adds its power to the gas-powered motor. This is helpful any time you drive up a hill, accelerate, or pass another vehicle.

Three of the four M-Class of hybrid SUVs, the top hybrids available from Mercedes, have advanced direct injection engines. What does that mean for you? It means the engine is more powerful and has more torque, all while using gasoline. They offer low emissions, so you’ll enjoy both not filling the car up as often and not damaging the environment. While other top hybrid SUVs offer similar benefits, they don’t offer the storage, handling, and comfort that a Mercedes SUV does.

All of those acts take a significant amount of power, and they put a lot of strain on a traditional gas engine. All that power creates carbon emissions galore, plus it’s hard on your engine, your transmission, and your tires. With drive/assist functions in current hybrid cars and SUVs, a small, efficient, eco-friendly engine is sufficient, thanks to the supplementary help it gets from the electric motor.

Charging While You Drive
In earlier models, electric hybrid car owners needed to charge their batteries. They plugged their vehicles in when they weren’t driving, thereby charging the electric battery. The charge naturally reduced the need to fill up the tank with gas, although these models do still use electricity, which can be costly as well. Initially people resisted the idea, fearing that they’d get stranded if their batteries died on the road. However, even in earlier SUVs of the hybrid variety, the vehicles automatically switched over to gas when the battery’s charge wore low.

Many of today’s models are even more efficient. In addition to switching over instinctively, they don’t necessarily require the owners to plug-in for a recharge. On the contrary, these super-efficient models engage their gas engines, which in turn charges the electric motor. The car is basically always ready to go.

Now that you understand the basic mechanics of hybrid fuel economy, how can you resist? The simple ability to thumb your nose at today’s gas prices makes it all worthwhile.

Jane Miller is a freelance writer who loves to write about anything from tech to mommy stuff. She is featured in many blogs as a guest writer, and can write with authority on any niche or subject.