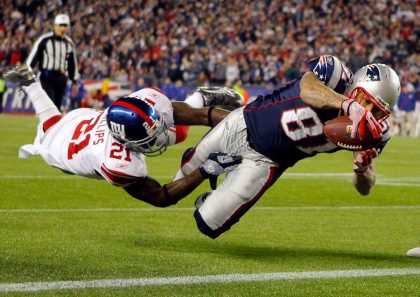 Of course, it’s an ongoing debate as to which type of surface is best in the NFL. Synthetic is great when it comes to harsh weather conditions and heavy traffic, but the grip is not good. In fact, did you know that NFL players change their shoes to play on artificial turf so that they can get traction? Grass on the other hand gives much better grip – players just need to wear regular cleats – but it needs a lot of looking after and can easily be torn up during a game. The choice of artificial versus natural turf may also have an effect on player safety – some people believe that because artificial turf offers less resistance, players run more quickly and hit each other harder. When you think about the recent problems with concussions in the NFL, perhaps natural grass is a safer option – it would sure be interesting to look at the stats on this.

The NFL may have been an early leader with artificial playing surfaces, but these are now starting to make significant inroads into other sports. For example, high-performance synthetic surfaces are starting to be used widely for basketball courts, although the NBA isn’t using this technology yet. To be clear, no one is suggesting that playing basketball on artificial turf is a good idea – although it might make for some amusing games. What is being used is polymer, which has a number of advantages over a traditional hardwood surface. These advanced surfaces give players better grip on basketball courts, allowing them to turn more easily and to accelerate more quickly. In fact, this is the opposite of the situation with artificial turf and the poor grip that it provides. The other advantage with these types of advanced basketball court surfaces is that they provide more cushioning, so players are less likely to get ankle injuries and other repetitive strain injuries such as shin splints.

These artificial surfaces are not confined to basketball – in fact, high-performance surfaces are also starting to be used for tennis and even indoor soccer. One of the main reasons for this – in addition to the performance benefits – is that they are easier to install and maintain than traditional alternatives.