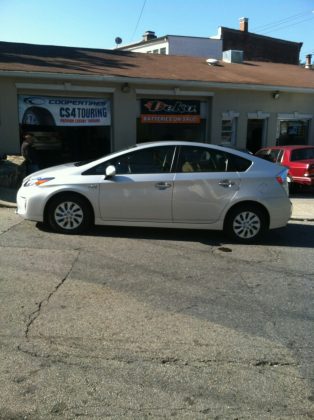 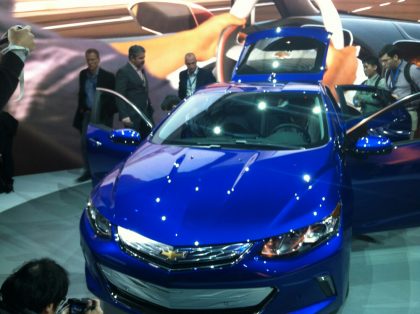 As written in Bloomberg in August of even 2007, Toyota touted their plugin hybrid electric car only goes 20ish miles all electric. Whereas GM plans to go 40ish miles all EV. Here is a segment of that article by Jeff Green and Alan Ohnsman.

Aug. 3 (Bloomberg) — Toyota Motor Corp.’s plug-in electric car may have less than half the range of a competing vehicle planned by General Motors Corp., people with knowledge of both companies’ development programs said.

GM wants its Chevrolet Volt to travel at least 40 miles after being charged at a normal household outlet, while the Toyota model may go no more than 20 miles on a single charge, said the people, who asked not to be identified because details of the plans are still secret.

Beating Toyota in new technology like rechargeable vehicles is part of Chief Executive Officer Rick Wagoner’s plan to show GM can compete with the Japanese automaker. Toyota is poised to surpass GM as the largest automaker this year, helped by fuel-efficient cars such as the Prius, the world’s top-selling hybrid.

“The latest arms race is being driven by GM,” said Jack Nerad, an analyst at Irvine, California-based Kelley Blue Book and author of “The Complete Idiot’s Guide to Hybrid & Alternative Fuel Vehicles.” “They one-upped everyone with the Volt, and they are saying they aren’t going to be out-greened by anyone anymore.”

For the entire story on Bloomberg