A South Australian wind farm has won the bid to provide the Australian Capital Territory (ACT) with renewable energy.

The Hornsdale Wind Farm is one of three Australian wind farms selected to deliver power to the ACT.

The 20-year deal will see the construction of the first stage of Hornsdale’s $900 million wind farm in the mid-north of South Australia near Jamestown. 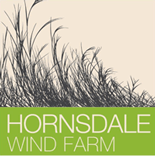 Developed by Neoen, the Hornsdale Wind Farm will provide 100 megawatts (MW) of power to Canberra after winning a bid detailing how they could generate the greatest amount of renewable energy at the least price in a “reverse auction”.

South Australian Mineral Resources and Energy Minister Tom Koutsantonis said Hornsdale’s successful bid has given the go-ahead for stage one of its 270 MW wind farm.

“It is expected that construction on the new wind farm will begin towards the end of this year with commissioning in 2017,” Koutsantonis said.

“South Australia has established itself as the nation’s leader in wind energy investment having attracted 41 per cent of the nation’s installed capacity.

“This announcement reinforces our reputation as the country’s foremost renewable energy state.

“This project will contribute to South Australia’s $10 billion low carbon investment target as well as the 50 per cent renewable energy targets, both to be achieved by 2025.”

The ACT Government’s 200 MW wind auction will deliver approximately 33 per cent of Canberra’s electricity supply by 2017.