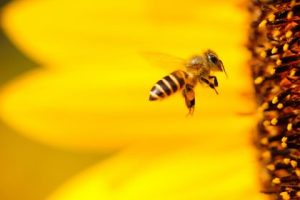 St. Paul, MN (April 15, 2016) – A new report recommends using the federal “social cost of carbon” when estimating the health and economic impacts of carbon dioxide pollution in the State of Minnesota, with a couple of minor suggested amendments. The report was submitted to the Public Utilities Commission (PUC) by an administrative law judge earlier today.

Since 1997, Minnesota utilities appearing before the PUC have been required to include estimates of the impacts carbon dioxide pollution has on human health and the environment in their filings. The 1997 values were determined to be between $.30 per ton and $3.10 per ton of CO2 (in 1995 dollars) and has only been adjusted for inflation; the values are now set between $.44 per ton and $4.53 per ton (in 2014 dollars).

The ability to estimate the social cost of carbon has increased dramatically since 1997.

So most recently when the federal government created an interagency working group in 2009. All to research the best available science and estimate the social cost of carbon. That’s also when evaluating the impact of federal regulations. Then the value they found is contingent on the year and discount rate applied. For 2016 the values range from $11 per ton to $57 per ton of CO2.

Several groups including the Minnesota Pollution Control Agency and Minnesota Department of Commerce recommended that the PUC use the values generated. All by the interagency working group as its estimates of the social cost of carbon. The PUC subsequently held a contested case. One that wrapped up in September 2015. Moreover and the recommendation by the administrative law judge will be considered. All by the Public Utilities Commission at a later date.

Dr. Stephen Polasky, Regents Professor of Economics at the University of Minnesota, was one of the expert testifiers whose reports cited harmful damages to Minnesotan’s health and environment. “Fossil fuel power plant pollution costs Minnesotans more than $2.1 billion annually in health and environmental impacts, including emergency room visits and medical bills.”

Using updated social cost of carbon values will give the PUC more information. Especially about the external damages inflicted on society by burning fossil fuels. So it will help in its decisions about future investments. Most importantly in electricity generation in Minnesota.