The Senate of the United States approved a $37.5 billion energy and water spending bill Thursday. That’s the earliest an appropriations bill has passed the upper chamber in the last 40 years. 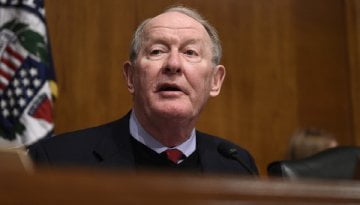 The Energy and Water Appropriations Bill of 2016 sets out funding for the Department of Energy, Department of the Interior, Army Corps of Engineers, the Nuclear Regulatory Commission and other federal agencies. It’s the first appropriations bill to pass the Senate this year. It was approved with a huge bipartisan majority, 90-8.

Sen. Lamar Alexander, R-Tenn., touted the bill as the earliest the Senate has passed an appropriations bill in four decades. That’s according to the Congressional Research Service. Also and the first time an energy and water appropriations bill has gone through the regular Senate process since 2009.

“What we’ve done, with the cooperation of the Senate. All in the last couple weeks. It was to pass the first Senate appropriations bill and to do it earlier than its been done in the last 40 years,” Alexander said.

For the entire story