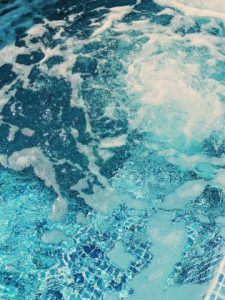 Increasing efforts to reduce and eliminate sources of pollution through pollution prevention are now. All to prevent damage to the environment. For that’s as well as maintain the planet’s resources. Furthermore and move towards sustainability is essential for the EPA.

This is all in order for pollution prevention efforts to move forward. That’s why engineers are creating and improving multiple technologies that deal with clean water.

Unfortunately, the United States may be unable to meet its water requirements in the near future because of climate change. Recent research shows that 70% of US counties could experience acute water shortages due to climate change, economic boom, and continued population increase.

Only 4% of our Water is Freshwater!

Fresh water is a scarce commodity on earth. In fact, of the world’s 332.5 million cubic miles of water, only 4% is freshwater. The other 96% is saline. With that in mind, Americans use over 400 billion gallons of both fresh and saline water every day! The biggest consumers of water in the United States are the electricity and agriculture industries, accounting for 80% of the daily consumption.

Because the threat to freshwater security is real, engineers have developed some practical engineering solutions that can help conserve freshwater resources. One of these solutions involves large-scale desalinization.

The desalination process extracts salt from seawater, thereby turning it into fresh water. According to the International Desalination Association (IDA), there are currently over 18,000 desalination plants worldwide across 150 countries. These plants provide over 300 million people with fresh water. Desalination is very expensive and energy intensive however, due to the large amount of electricity required to run these plants.

Thankfully, engineers are working on lowering the cost of this process in many ways. One of these solutions involves increasing the diameter of the membranes to allow each membrane to process more water. Many plants have already replaced their eight-inch membranes with 16-inch membranes to increase their productivity, minimize their energy consumption and lower costs.

To learn more about the global threat to freshwater and the technologies engineers are creating to help solve these problems, check out the infographic below created by Ohio University’s online Master of Science in Civil Engineering program.