AUSTRALIA’S only solar panel recycling company looking to scale up production. That’s as the number of broken solar panels and the end of life systems mounts.

First of all, Adelaide-based Reclaim PV teamed up with major solar panel manufacturers. All who distribute in Australia. As well as is refining its processes. Therefore lobbying for panels to be included in recycling regulations. 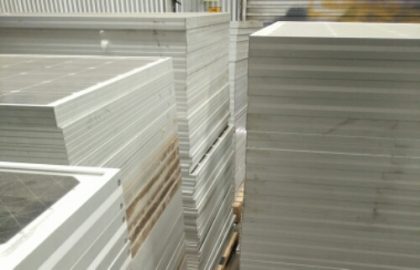 As reported by Civic Solar, solar panel recycling company was started by Clive Fleming and David Galloway. That was back in 2014. Then spun out of Solar Maintenance and Renewable Technologies (SMART). That which they launched in South Australia in 2011.

For an industry that prides itself on sustainability. So there must be a focus on recycling. Especially at the end of a solar project’s lifespan. Because so many panels can’t go into landfills. So there are concerns of overflow with panels mounting. Right now, solar panel recycling is not a huge issue. However it will be especially in the US.

That’s because a vast majority of installations. I mean those that have occurred in the past ten years.

Therefore the market need for developed recyclers will only increase over time. In fact and in addition, a 2016 study by the International Renewable Energy Agency (IRENA) estimates the recyclable materials in old solar modules will be worth $15 billion. That’s all in recoverable assets by the year 2050.

So recycled panels are not recirculated. They get dismantled using a Pyrolysis process developed.

All as a result to remove glues and recover glass. As well as aluminum, solar cells and contacts.

In conclusion, solar panels generally have a 20 or 25-year warranty. However a small percentage of the 23 million solar panels installed in Australia are damaged. Consequently and due to installing transport handling faults. Also developing new faults each year.
Galloway and Fleming are working with the a leading Australian research facility. All as a result to get more value out of recycling solar cells. Finally and as well as streamlining the dismantling process.

For the rest of the story