What makes a city green? From recycling and green transportation. Then to forest preservation efforts and using the latest technology to provide energy to homes.

So all these four Green American cities are at the forefront. All of ushering in a new era of sustainable change. Here’s what these green cities are doing to make our world a healthier place. 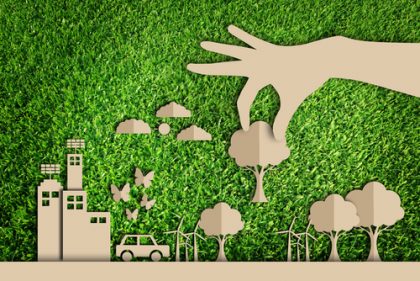 Located in the Pacific Northwest, the city of Portland, Oregon. It has long been a leader in sustainability, green transportation and green building. That’s yes as well as recycling. Today, the City of Portland’s planning and sustainability department has worked to create “We Build Green Cities”.

It’s a program that helps promote Portland as a Green American Cities leader. In 2013, Business Insider reported that Portland was the greenest city in the county. All for reasons that included recycling, carpool numbers. Also, LEED-certifications for new builds and a series of other eco-friendly measures.

Portland also uses 33 percent renewable energy. That’s far above the national average of 13 percent. And, because of its recycling programs and eco-minded residents, the city recycles more than half (56 percent) of what it wastes each year.

Jody Porowski, writing for the online magazine EcoCult. She cites that the three cities of Raleigh, Durham and Chapel Hill, North Carolina are notable green cities. According to Porowski’s article, Raleigh is home to eco-friendly beauty bars. All that use locally made and chemical-free products.

In addition to the public relations and marketing firm Redress. They are a company that works with eco-conscious clothing designers. Raleigh is also home to The Produce Box. It’s a service that partners with residents and local growers to deliver fresh produce to Raleigh resident’s doorsteps. Choosing to rent in Raleigh, North Carolina, is a great option for green-minded people.

Dubbed the Emerald City because of its lush green landscapes, Seattle, Washington, (and the government officials of the city) are seriously dedicated to keeping their city green. The Green Seattle Partnership is an eco-conscious collaboration between the city and Forterra, a leader in regional sustainability, nonprofit organizations, schools, businesses and local volunteers to maintain Seattle’s many forested parks. Their concerted efforts help to maintain a healthy balance between city life and nature. Seattle has also been recognized as a leader in green energy, green buildings and green transportation. The city’s adoption of these ideas has earned them a spot on a variety of top green cities lists as well.

According to a report conducted by the website NerdWallet, Honolulu, Hawaii, ranks as the greenest city in the United States.The analysis looked at areas such as a city’s air quality, transportation sector, housing density and the city’s energy sources. Honolulu topped the charts as the city with the best air quality in the U.S., and also earned a high ranking due to its large number of residents who rely on solar power. According to a report from The New York Times, 12 percent of Honolulu homes have solar panels that help to provide energy to residents. Today, Honolulu, Hawaii is at the forefront of this green, worldwide change.