So many States and Countries across the globe are now banning plastic bags. However this struggle has really started since 2010.

A poll conducted in December, 2010 showed 73 percent of New Yorkers support the penny surcharge. Especially  if the generated funds were dedicated to keeping state parks open and well maintained.

In announcing the “Pennies for Parks” campaign, Kulleseid explained that the one cent fee is expected to generate $60 million a year, while reducing the number of bags that end up in landfills.  He also stressed that the fee would be avoidable if shoppers turned to reusable bags.

As part of the survey, voters were asked their feelings regarding a charge on plastic bags used by grocery stores.  Specifically, the question read, “If the amount charged was one penny per bag, and you knew it would raise $60 million annually to keep state parks open and well maintained for your use, would you support such a charge?” The response was 73 percent favorable (35 percent strongly) and 24 percent unfavorable (11 percent strongly).

For now in March 1, 2020, all plastic carryout bags (other than an exempt bag) are banned. That’sfrom distribution by anyone required to collect New York State sales tax.

The law will affect anyone required to collect New York State sales tax. As well as bag manufacturers and consumers. Cities and counties will also be involved.

California
According to NCSL and in August 2014, California became the first state to enact legislation. All imposing a statewide ban on single-use plastic bags at large retail stores. The bill also required a 10-cent minimum charge for recycled paper bags, reusable plastic bags, and compostable bags at certain locations.

The ban was set to take effect on July 1, 2015, but a referendum forced the issue onto the ballot in the November 2016 election. Proposition 67 passed with 52 percent of the vote, meaning the plastic bag ban approved by the Legislature remains the law.

Hawaii
Hawaii has a de facto statewide ban as all of its most populous counties prohibit non-biodegradable plastic bags at checkout. That’s as well as paper bags containing less than 40 percent recycled material. Bans in Kauai, Maui and Hawaii counties took effect between 2011 and 2013.  All in Honolulu becoming the last major county to approve the ban in 2015.

A detailed summary of the law can be found below. Voters also rejected a second measure, Proposition 65, which proposed to create an environmental fund with proceeds from a 10-cent charge for alternative bags. 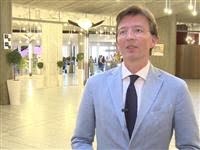 Members of the European Parliament’s Environment Committee approved a report today for reducing the consumption of plastic bags.

The main objective of the amended directive on packaging and waste is to limit the negative impacts on the environment. That’s in particular in terms of litter, to encourage waste prevention. As well as to reduce significantly the number of single-use “lightweight” plastic bags. All of which is defined as 50 microns or less in thickness.

Plastic bags pollute soil, water and kill thousands of marine wildlife (ecosystems). In 2010, more than 8 billion plastic bags ended up as litter. Yes all throughout Europe in 2010. That’s every European citizen used, on average, 198 plastic bags. All of which 90% were single-use lightweight bags.

In addition, annual per capita consumption of single-use plastic bags varies greatly. All through Member States and wide ranging. I mean from an estimated 4 plastic bags in the best performing countries. Yes these countries consuming per citizen are like in Denmark or Finland.

Then that’s also to an estimated 466 per person in the worst. The worst are like Poland, Portugal, Slovenia. As well as Slovakia or Baltic states.

The key points of the report include:

In conclusion and as CNN reports, the European Parliament approved a law banning a wide-range of single-use plastic items. That’s such as straws, cotton buds and cutlery and all by 2021.

Finally, the implementation of the legislation is expected in the next few weeks.

In conclusion, the law was supported. All by 560 Members of the European Parliament (against 35). Because it stipulates that 10 single-use plastic items are banned. All in order to curb ocean pollution.

Finally, MEPs also agreed a target to collect and recycle. That’s 90% of beverage bottles by 2029.