So the Clean Power Plan (CPP) was an Obama administration policy intended to combat climate change; yet it has been rolled back. Also, President Trump’s officially replaced the Clean Power Plan. Yes folks, with a much weaker one. It’s also now called the Affordable Clean Energy (ACE) rule. Yet we have learned energy efficiency will really help. I mean help to save the day. That’s because the rule will do little to reduce harmful carbon dioxide emissions. So, it is not over yet all due to energy efficiency!

Because a 15-year study by researchers in South Australia and Germany they mapped the source particles. Also their journey and effect of ultra fine particles. All in the lower troposphere.

The research aircraft follows the ultra fine particles for more than 1000km. Therefore it also could still find from which power plant they originated.

The paper, published in the Bulletin of the American Meteorological Society, identifies ultra fine particles as particles smaller than 100 nanometers.

We know that pollution isn’t visible to the naked eye. As well as they don’t generate haze. Also they are difficult to detect with optical equipment. So these particles have been before linked to respiratory issues.

Also, we already knew from a recently released NRDC report that energy efficiency IS stretching our energy dollars. All to do more with less.  FURTHERMORE, it is America’s greatest energy resource.  And that despite it being our most productive and cost-effective resource, we keep forgetting it is a resource just like coal and oil but so much cleaner in terms of our air.

That’s because efficiency isn’t even included on the list of the “all of the above” energy strategies. All being discussed in most public discourse.  This isn’t just an American phenomenon. However on a global basis, the IEA refers to as the “hidden fuel…hiding in plain sight.”

Now back to the Clean Power Plan. A rule set when solar and wind energy were on the rise. Moreover they are still massively on the rise. I also see State after State reporting some slowing in home sales. However, due to the demand there’s increasing solar job growth.

For example, during the Clean Power Plan, the Solar Jobs Census found that 250,271 Americans work in solar as of 2017. Thereby representing a 3.8 percent decline, or about 9,800 fewer jobs, since 2016. This is the first year that jobs have decreased since the Solar Jobs Census was first released in 2010.

Yet, there are also state-specific targets for carbon dioxide emissions. That’s also from the existing power plants on the ground. These standards can moreover be easily achieved with energy efficiency. The writing is therefore on the wall! 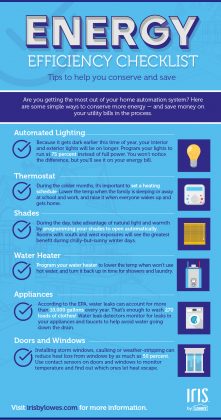 So yes, President Trump ended the program. Yet, one of the biggest compliance options of that rule was also increasing energy efficiency.

In addition an analysis done by the American Council for an Energy-Efficient Economy (ACEEE) shows also that energy efficiency does the trick too. I mean under the draft rule it’s too funny. Again, I mean that more than 50% of the required emissions cuts. They will all be achieved through energy efficiency.

In addition and more importantly local job creation happens going green. It’s confirmed in EPA economic analysis. All of which shows energy efficiency is a key element. Consequently to keep the cost of energy down.

The old plan even had an early credit program for energy efficiency savings in 2020 and 2021. Especially and most noteworthy in low-income communities.

Especially when it’s a utility-systems resource. So it seems that currently, twenty-four states have these energy savings targets.

That’s while most noteworthy forty-one states have adopted national model building codes. These are getting greener too.

Finally, more than 30% of the U.S. industrial sector’s electricity needs are being met through combined heat and power.

In conclusion and furthermore, ACEEE developed a variety of resources. They all provide guidance for states. Moreover, those that are looking to benefit from energy efficiency compliance strategies.

Finally and yes, I think also we can do more. Because there’s always room for growth. So finally to learn more, visit: http://aceee.org/topics/section-111d-clean-air-act