Fundamental changes in seawater chemistry are occurring throughout the world’s oceans. Since the beginning of the industrial revolution, the release of carbon dioxide (CO2) from humankind’s industrial and agricultural activities has increased the amount of CO2 in the atmosphere.

In addition, the ocean absorbs almost a third of the CO2 we release into the atmosphere every year. So as atmospheric CO2 levels increase, so do the levels in the ocean. Initially, many scientists focused on the benefits of the ocean removing this greenhouse gas from the atmosphere. However, decades of ocean observations now show that there is also a downside. Cause the CO2 absorbed by the ocean is changing the chemistry of the seawater. Thereby a process called OCEAN ACIDIFICATION. 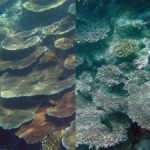 To understand the changing chemistry of the oceans and the impacts of ocean acidification on marine ecosystems.  Our observations of key physical, chemical, and biological parameters support NOAA’s overall efforts. Efforts to predict how marine ecosystems will respond and to develop management strategies. Strategies for adapting to the consequences of ocean acidification.

Oceanographers in our group have been studying how CO2 emissions affect the ocean system for more than three decades. In addition they continue to monitor ocean acidification in all the world’s oceans. That’s from coral reef ecosystems to deep North Pacific waters.  This group collects several types of carbon measurements throughout the world’s oceans. They participate in large-scale research cruises across ocean basins and along coastlines at regular intervals to study how ocean chemistry is changing through time. 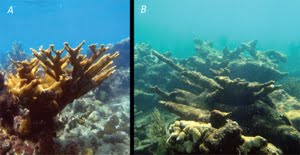 Also, they make measurements of the partial pressure of CO2 (pCO2) in the surface water of the world’s oceans.  That’s using automated analytical systems on moorings and underway platforms. As well as they are currently in the process of adding pH, oxygen, chlorophyll, and turbidity sensors. All to their existing moored and underway systems. This to more accurately and precisely study the changes associated with ocean acidification.