Many individuals view renewable energy as the solution to atmospheric degradation. Solar, wind and geothermal power successfully lower the energy sector’s greenhouse gas emissions. However, renewable electricity technology is relatively new and contains some efficiency and ecological challenges, especially when it comes to flying creatures like bats.

Fortunately, an increase in government backing shows promising potential for technological advancements. Over time, we can develop a 100% carbon-neutral energy grid while also protecting wildlife. 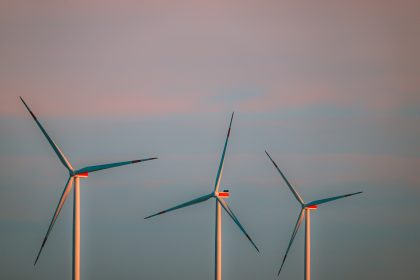 On President Biden’s first day in office, he signed the U.S. onto the Paris Agreement. The signature represents our national commitment to greenhouse gas emission reduction. The agreement’s goal is to lower the global temperature by 2 degrees Celsius below the pre-industrial level.

He allocated $2 trillion to the renewable energy sector, supporting wind power production and sustainable employment. We can use excess funding to find sustainable solutions to ecological and wildlife challenges.

A significant concern with wind power is its interference with biodiversity. Turbines pose adverse effects to bat health, especially in Texas. Bats are a protected species in Texas, meaning one may not kill, hunt or possess the creatures.

Bats are essential to our ecosystem because they manage the bug population. Texas is home to eight major bat species, including the Mexican Free-Tailed and Big Brown. Without the nocturnal mammals, the state’s biodiversity would decrease.

Texas is also the largest wind power-producing state, generating 24,899 megawatts of clean energy. However, turbines are depleting the bat population in mass numbers. Without sustainable intervention, wind power could end the species for good.

The wind energy industry is expanding, generating more than 7% of the U.S. power supply. We continue developing the renewable energy sector while limiting its adverse ecological effects with scientific advancements. Environmental engineers and scientists already began searching for sustainable solutions to bat conservation.

A team of researchers at Duke University developed a bat deterrent system, preventing them from running into turbines. The device uses ultrasonic acoustics, notifying bats of a turbine’s presence. In addition, researchers studied the draw of bats to wind energy structures.

They believe bats either view turbines as trees for roosting or water sources. The team used this information and studied bats’ language, hoping to communicate a warning sign. Bats utilize echolocation for socializing, finding food and navigating.

Researchers discovered a sound that prevents bats from entering a designated region. They placed speakers around turbines and played the noise frequency on a loop. It is high pitched, and humans are unable to detect it, limiting additional noise pollution.

Another detraction method is altering the traditional color or external material of wind turbines. Bats confuse the devices with water because of their reflective features. Changing the color may decrease bat fatalities.

Individuals can help conserve the bat population by reaching out to government officials. Asking for greater protection of the species and an establishment of less harmful technology can drive sustainable solutions. You can also help by spreading awareness, explaining the importance of bat protection to others. Knowledge is power, and this can help save the species.