Minerals and natural chemicals are dissolved in water. That’s why it’s an excellent conductor for electricity. I mean why hair dryers have huge tags on them. For they are warning consumers about electric shock. Finally and why some people won’t shower during a thunderstorm.

However, water is also used to create energy. Hydropower plants harness the force of water. All to run their machinery and generate energy.

Many other kinds of power plants boil water and use steam to create electricity. After the water is heated, large amounts of cool water are used. Especially to reduce the temperature. All so the process can start over again.

Water is technically a renewable resource. However, much of the water that humans use goes back into the water cycle. Thereby polluted by waste. By reclaiming water, engineers can increase the amount of clean water available. That’s for energy production and the environment. 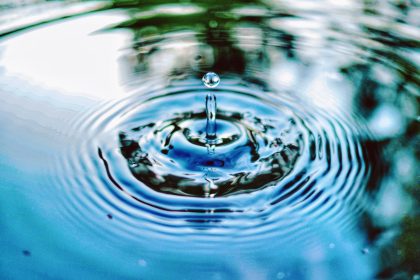 What Is Water Reclamation?

Through a variety of processes, water treatment plants do their thing. For they are able to collect and purify wastewater. Wastewater is also used water that comes from people’s taps. In addition showers and toilets. That’s as well as from corporate and industrial businesses. This water can be contaminated. All with human waste, soap, and food scraps.

Water treatment plants use a combination processes. That’s of mechanical, natural, and chemical. All to disinfect previously used water. Then it’s also safe to return back to the environment. As a final step in the process, these treatment plants restore the natural balance. I mean of oxygen and nitrogen. You know the properties  found in clean water.

After it’s purified, reclaimed water is used. All to run electric power plants. Also to water crops and clean cities. However, an increasing number of cities are not cleaning it. I mean starting to send reclaimed water back. Back into homes and businesses. This saves money and improves water security for areas prone to drought.

Although water treatment plants are very successful at purifying wastewater. Yet many people are disgusted at the thought of reusing previously dirty water. It’s important to remember that the water cycle naturally recycles the water. All to sustain life. By filtering and reusing more wastewater is the way. For treatment plants can actually improve the quality of water. Located in our environment.

Changes in climate and average temperatures are bad. They are leading to extended periods of drought.  Especially in dry areas of the world.

For example, the southwestern United States. I mean it has been experiencing increasingly worse droughts. Especially over the last 100 years.

All because so much energy production depends on steam. Then water shortages come in. All that could eventually limit that water energy.

However, limited electricity could also affect the quality and accessibility of water. Especially in urban areas. That’s because treating and transporting water in and out of businesses. Also let’s not forget people’s homes. I mean that takes massive amounts of energy. Moving water against gravity.  Let’s also not forget and across long distances. For that increases these energy costs.

Reclaimed water is a good solution. Especially for both of these problems. It recycles water. All so that power plants can run. Run continuously. That’s without taxing their local water supplies.

So then let’s think of the reclaimed water is used to generate electricity. For some of that power can then be redirected to transport. In addition treat and reclaim the water running the plant.

Especially in places that experience dry conditions and water scarcity. Instead of draining underground aquifers. All which is too much right now.

Because water-dependent industries need water now. I mean like agriculture and power generation need it.  For they leverage reclaimed water. All to carry them through droughts.

In conclusion, water reclamation is an integral part of energy generation. Especially for in the future. With droughts on the rise we need help. So reclaimed water can help urban areas. All to secure access to both clean water. Finally and unlimited energy generation.

Jane is the Editor-in-Chief of Environment.co. She is also an environmental writer. Jane is covering green technology. Also sustainability and environmental news.