With all the problems arising from rapid climate change, everyone is asking what they can do to help secure our global future. The business world is no different, with an increasing number of companies pitching in and going green. Several advancements are helping to make this process as painless (and as profitable) as possible. Here are five technologies helping companies become more sustainable. 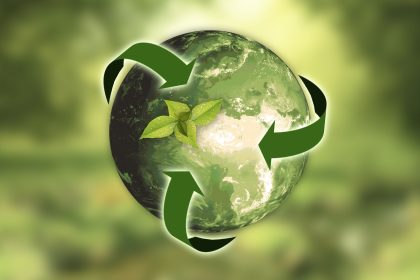 Business process automation (BPA) tools have the potential to vastly increase sustainability. Besides making a company’s operations function more efficiently overall, they also reduce the need for physical infrastructure on multiple fronts. For example, having a labor management system can help an office go paperless. Using project coordination software and Voice over Internet Protocol (VoIP) programs like Skype can cut the need for physical office spaces and wasteful commutes. Of course, it takes a lot of energy to power these automated systems. Businesses can solve these issues by employing the next tech on the list.

Renewable energy is becoming a better investment all the time. The cost of solar power has dropped about 13% over the past five years, making it increasingly affordable at the residential and commercial scales. There are two main ways to invest in renewable energy. First, it can be purchased directly from a utility provider. The second method is to have power generation systems like photovoltaic cells installed directly on a building. The recent array of tax incentives at the local, state and federal levels for installing green energy is making that an increasingly attractive option for companies that want to go green while saving money.

Government research shows that the transportation sector creates the largest share of greenhouse gas emissions (29%). The advent of long-range electric and solar vehicles is a necessary corrective to that, and businesses are increasingly adding these “green” vehicles to their company fleets. Along with the vehicles themselves, sustainable driving practices are also being adopted. Removing junk from automobiles, using slow acceleration, prioritizing maintenance, and streamlining are just some of the simple ways that fuel can be spared and money saved.

It’s going to take time to develop a fully renewable infrastructure but in the meantime, carbon-capturing technology is making inroads against pollution. Carbon capture either filters carbon dioxide from the air itself or (more commonly) intercepts it while it’s emitting. This makes the transition from fossil fuels easier on the economy. The best news is that carbon capture is itself a viable business, meaning that the process of going green is bound to be a boon to job creation. Moreover, it’s just one more example of innovation beating adversity.

Creating lasting sustainability in the business community and the world is going to take radical innovation. Moreover, biophilia and biomimicry are two design concepts that could remake the relationship between progress and the natural world by combining them. Biophilic design involves incorporating nature directly into buildings such as office complexes. NASA research showed years ago that common houseplants like English Ivy and the Spider Plant filter carcinogens including formaldehyde from the air.

Biomimicry takes this one step further. It’s a design philosophy that seeks to emulate natural processes in order to maximize efficiency and minimize environmental harm. Right now, engineers are using spider webs as inspiration to design safer auto glass. They are also using termite mounds as a template for self-cooling buildings. Even the design of Velcro in 1941 by George de Mestral was based on his observations of plant burrs.

Being a sustainable business isn’t just about protecting the environment. It’s about building a better future. Moreover, business owners everywhere are beginning to leverage these new technologies to make their companies leaner and cleaner.