Just in time for Earth Day (April 22)! The new kid’s musical sensation The Future Brigade will release their first single, “R.E.C.Y.C.L.E. (Do It Right!)” (Vox Records; ISRC: NO3CF2203010). The brainchild of Virginia-based singer/songwriter Wes Charlton, “R.E.C.Y.C.L.E.” encourages kids to explore the importance of recycling—while enjoying a banger of a dance tune! Moreover, the hook has kids spelling the word “recycle,” and the three verses address the three “Rs” of recycling: Reduce, Reuse and Recycle. To promote Earth Day education on digital platforms, The Future Brigade will feature the online premiere of the “R.E.C.Y.C.L.E. (Do It Right!)” single, available wherever you stream music, as well as their social media. 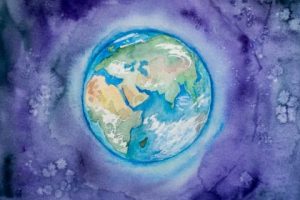 Whether it’s in the car, at home, outside, watching TV or a movie, or even in the classroom, parents and kids need great music to jam to, both on their own and especially as a family. The Future Brigade makes education hip and fun through songs that help kids understand that positive change starts at home with them, with each individual making their own choices each day (not just on Earth Day), and how those little acts/choices can change the world for the better if we all participate.

About The Future Brigade

The Future Brigade delivers hip music for all generations to enjoy. In addition, their mission is for listeners and their kids to press play together, grin uncontrollably, and start dancing to the beat—and maybe even learn something cool and educational along the way! The Future Brigade does this by combining genre styles and musical “nods” or references to all types of pop culture, entertainment and education in a smart, intentional and integrated way so that generations of kids and adults can react positively, enjoy and frankly freak out together to the same hits.

Wes Charlton has released three critically-acclaimed albums—NPR named his sophomore release, Morning Stars, Album of the Week. He made his television debut on NBC Nashville, and his songs have been featured on film and TV. Moreover, Wes has opened for such diverse artists as Tim Easton, Stephen Bruton, Michelle Shocked, Pat McGee Band and Virginia Coalition. He has appeared at the Midwest Music Summit in Indianapolis and the Americana Music Conference in Nashville.

He’s performed at prestigious Nashville venues, including the Basement, 3rd & Lindsley, The Bluebird Café and 12th & Porter. Wes was also the guest artist at NY Film Academy’s summer music video workshop. Moreover, Arc Music Group selected him to complete a publisher-sanctioned recording project for John Lee Hooker and Sonny Boy Williamson. Wes is currently working on a new studio album. The title is Father Please Put the War Away. He will release it in February 2023.