This is the first time I have read a great article about plug-in hybrid electric vehicles.  Scott Hollis of Mother Earth News wrote a piece that I have to recall for you all.   100 miles per gallon for starters over 150 mile race.

Someone converted their Toyota Prius plug-in hybrid electric vehicle to get it to go 102 miles per gallon. That’s during the 2005 Tour de Sol for the NorthEast Sustainable Energy Association.  It is one of the greatest advanced car rallies. Especially held throughout the State of New York. 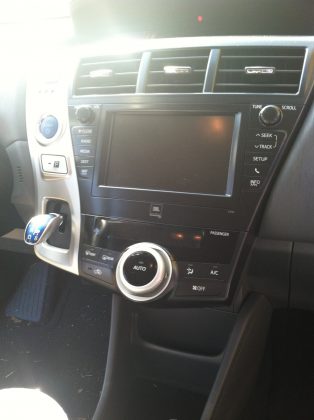 The Toyota Prius plug-in used less than $1 in electricity and only $4 in gasoline. All to sustain it during the 150-mile race! The prototype Prius (called a plug-in hybrid) was a message to automakers. Especially and consumers. Moreover that the technology to take hybrids one step further is here.

This convereted Toyota Prius used a conversion kit from Energy CS of Monrovia, California.  It operates like any other Prius.  Yet, it can get more than 100 mpg on long trips.  The ancient chinese secret is the the 1.3-kilowatt hour (kWh) battery that was totally replaced with a more powerful 9-kWh Valence Technologies lithium-ion battery pack.  Here’s the best part.

It can be recharged from a standard electrical outlet. At residential neighborhood speeds (less than 35 mph). One specialized monitoring and control circuits in the Energy CS Prius automatically select electric operation. Thereby resulting in almost zero tailpipe emissions – during the first 50 to 60 miles, minimally “boosted” by the gas engine until the battery charge is depleted. After that, the Energy CS plug-in falls back to the mileage of a standard Prius.

As a result, the Energy CS Prius would stay almost exclusively in electric mode for short, local trips and use only a small fraction of the gasoline consumed by conventional cars. In low-speed city driving and 55-mph highway driving, it’s possible to average more than 200 mpg. Faster 65-mph driving, however, will result in 100 mpg or less, and 75-mph highway driving will average less than 80 mpg. For longer, mixed-driving trips up to 70 miles, the modified Prius averages between 120 and 180 mpg, depending on driving habits, hills and car speed. Because electric motors are much more efficient than gas engines, the air pollution from a plug-in is much less than that produced by an internal-combustion, gas-powered vehicle.

“They’re basically like some current hybrids, but with larger batteries and the ability to recharge conveniently so local travel is electric, yet the vehicle has unlimited range when it switches to the gas engine,” says Felix Kramer, founder of The California Cars Initiative (CalCars.) “While currently available hybrids may cut gasoline use by one-third, plug-in hybrid-electric vehicles can cut out another third.”