DETROIT– Chevrolet Volt owners collectively have saved a supertanker of gasoline since the electric car with extended range went on sale, compiling 40 million miles on electricity and avoiding the use of more than 2.1 million gallons of gasoline. 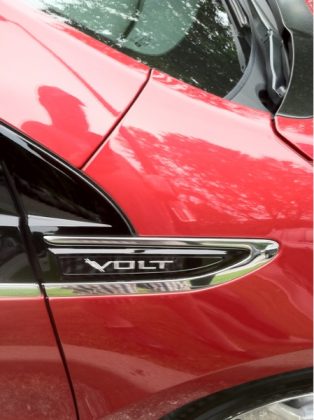 “With each click of the odometer, Chevrolet Volt owners are measuring their contribution to reducing America’s dependence on foreign oil and to preserving the environment,” said Cristi Landy, Chevrolet Volt marketing director. “Volt owners are also saving at the fuel pump with more than $8 million in combined savings.”

Chevrolet recently introduced a rolling ticker on its website that showcases real-time daily driving statistics for Volt owners based on OnStar data. Results in total number of miles driven, electric miles driven and gallons of gas saved are viewable. As of today:

“Our Volt owners are driving the vehicle exactly as the car was designed,” Landy said. “Sixty percent of the time our owners are driving electric, but the extended range is providing additional miles when they need it. This shows that you don’t have to change your daily driving habits to drive the Volt.”

The Volt has a total driving range of up to 379 miles, based on EPA estimates. For the first 35 miles, the Volt can drive gas and tailpipe-emissions free using a full charge of electricity stored in its 16-kWh lithium-ion battery. When the Volt’s battery runs low, a gas-powered engine/generator seamlessly operates to extend the driving range another 344 miles on a full tank. Typically Volt owners drive an average of 900 miles between fill ups at the gas station.

Founded in 1911 in Detroit, Chevrolet is now one of the world’s largest car brands, doing business in more than 140 countries and selling more than 4 million cars and trucks a year. Chevrolet provides customers with fuel-efficient vehicles that feature spirited performance, expressive design, and high quality. More information on Chevrolet models can be found at http://www.chevrolet.com.