The bottom line for New York consumers and New York suppliers is that if this bill passes, special interests in Albany will once again have gotten their way while robbing New Yorkers of choices in the marketplace, and Tesla will be put out of business in New York. The result would be that all of Tesla’s New York employees will lose their jobs. It means that New York-based suppliers to Tesla will lose business and New York consumers cannot buy the most advanced electric car in the world today. Banning Tesla from selling its vehicles is also a step in the wrong direction for reducing carbon vehicle emissions and the green environmental movement in New York. With the State of New York pushing so hard to lead green innovation supporting entire agencies for energy efficiency like NYSERDA, it is absolutely defies logic to ban Tesla from selling electric cars in New York.

From the beginning, Tesla’s goal has been to catalyze the market for electric vehicles and selling through intermediaries at this stage of the company will not work. For Auto Dealer Associations to claim that restricting competition is in the best interests of the public is wrong and defies obvious common sense. If we are kept out of New York, it forestalls progress and defeats innovation.

Tesla has created jobs in New York at both its stores and service centers and the sales of its vehicles go into supporting the local economy. Tesla remains committed to bringing electric vehicle technology and its customer focused sales and ownership experience to New York consumers, while complying with all local and state laws.” 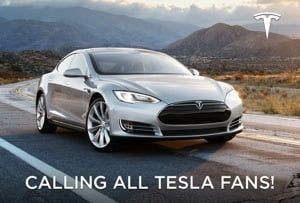