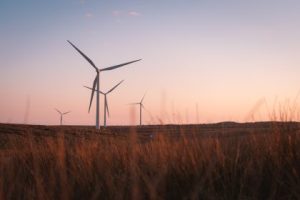 WASHINGTON (October 8, 2013) – Key economic, security, and environmental indicators show the state of the U.S. energy economy has never been better, according to a new report by the Natural Resources Defense Council. One key finding: the United States has found so many innovative ways to save energy that the nation has more than doubled its economic productivity from oil, natural gas, and electricity over the past 40 years, which means energy efficiency has contributed more to meeting America’s needs than all other resources combined.

“Although the nation’s energy news has trended from bad to worse for decades, we’ve seen a remarkable turnaround, much of it due to the huge and inexpensive resource of energy efficiency — getting more out of every energy dollar,” said Ralph Cavanagh, NRDC co-director of the energy program. “But you’d never know it from those who want to build the massive KXL pipeline, ratchet up oil and gas drilling, launch a nuclear renaissance or embrace an ‘all of the above’ energy policy.”

NRDC’s First Annual Energy and Environment Report, America’s (Amazingly) Good Energy News, is the product of an exhaustive analysis of extensive new government data that shows total U.S. energy use in 2012 was below the 1999 level even though the economy grew by more than 25 percent (adjusted for inflation) during that period. As a result of national energy efficiency measures, factories and businesses are producing substantially more products and value with less energy, the amount of gasoline per mile driven is down, and the cost of all energy services (from lighting to refrigeration) also has decreased.

The report notes that the amount of climate-warming carbon dioxide pollution also is down, putting the nation on track to meet President Obama’s emissions reduction target of 17 percent over the next seven years, though much more must be done to avoid the worst effects of climate change.

Here is a snapshot of the report’s major findings:

ELECTRICITY: Since 2000, for the first time in modern history, the rate of growth in electricity use has dropped well below the rate of population growth.

OIL: The amount of oil used in U.S. vehicles, homes, and businesses continued an extended decline last year, down 14 percent from its 2005 peak and also lower than in 1973 (when the nation’s economy was only about one-third its current size).

COAL: U.S. coal use in 2012 was less than in 1985 and down almost one-fourth from the 2005 peak year, primarily reflecting a shift away from increasingly uneconomic coal-burning power plants whose air pollution produces more premature deaths than any other form of energy use in the United States and abroad.

NATURAL GAS: While natural gas increased its market share to above 30 percent of electricity generation in 2012, the trend is highly sensitive to volatile commodity prices and therefore unsteady.

NUCLEAR: U.S. nuclear generation has flattened, with market share dropping below 19 percent of total electric generation in 2012, and total nuclear power production was down almost 5 percent from its peak five years earlier.

WIND POWER: Wind power led all competitors – both renewables and fossil fuels – in terms of new generating capacity installed over the course of 2012 and solar power also is surging; but even more impressive was the 24-fold increase in wind-produced electricity from 2000 to 2012.

ENERGY EFFICIENCY: Energy efficiency standards and financial incentives, underwritten mostly by the utility industry, have dramatically reduced both the energy intensity and costs of energy. And new fuel economy standards are reducing America’s oil imports by more than 2 million barrels per day.

The report also notes that additional investments in efficiency could cut U.S. energy consumption by 23 percent by 2020, save customers nearly $700 billion, and create up to 900,000 direct jobs (plus countless more when consumers spend their savings elsewhere). But first a number of additional steps are necessary, including:

“The report is a powerful rebuttal of the ill-considered ‘all of the above’ energy philosophy, which is both unaffordable and environmentally irresponsible,” said Cavanagh. “We should learn from forty years of economy-wide demonstrations that the fastest, cheapest, and cleanest energy solutions all involve getting more work out of less electricity, oil, and natural gas.”

An infographic and copies of the graphs also are available.