REC provider is now operational in all 50 U.S. states

Pear Energy helps customers to purchase renewable energy from clean energy projects across the U.S. The company works with customers’ local utilities to facilitate a smooth transition process and maintain a single-bill experience.

The renewable energy purchased through GRU will offset more than 70 tons of carbon dioxide for Pear’s customers.

“Renewable energy investment is important to GRU and its customers. Today, we’re doing our part to extend the reach of renewable power by offering RECs to the national marketplace,” said Scott Schlossman, lead rates and forecasting analyst at Gainesville Regional Utilities. “We love the idea that power generated here in Gainesville will positively impact communities thousands of miles away, thanks to partners like Pear Energy.”

In addition to adding solar power to its mix, Pear Energy also recently welcomed its first subscriber in North Dakota. With this development, Pear becomes the first REC provider to serve customers in all 50 states.

“Our mission is to make renewable energy so simple and affordable for every home and business, it becomes a no-brainer,” said Michael Krawitz, chief executive officer of Pear Energy. “Pear’s rapid expansion over the past year underscores the demand for the REC model across the country, and we look forward to building on this strong foundation in 2014 and beyond.” 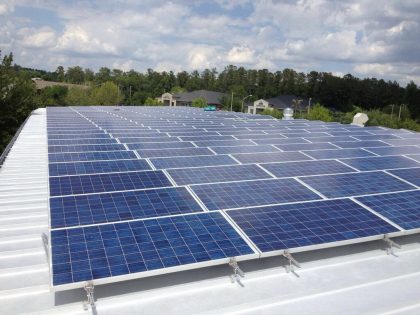