With over 200 on-site restaurants servicing up to 100,000 people in a day, this is the largest food service operation ever to receive this certification.

The most notable green accomplishments include:

“We are so proud to be certified by the Green Restaurant Association,” said William Lohr, Sportservice general manager. “MetLife has been a great partner working toward the green certification. Earning this certification coupled with becoming ISO 14001 certified means that we can proudly say we are serving up the Greenest Super Bowl ever.”

“From the very beginning, our Owners committed to build and operate one of the most environmentally responsible stadiums in the National Football League,” said Brad Mayne, MetLife Stadium President and CEO. “We thank our partners at Delaware North for their efforts in helping MetLife Stadium become the first Certified Green Restaurant® stadium in the world.”

“I know it took a real team effort – lots of work and lots of cooperation – to get this done in time for Super Bowl XLVIII,” according to Jack Groh, Director of the NFL Environmental Program. “Being a Certified Green Restaurant® Stadium tells the fans that this stadium and its food service partners are committed to doing things in a way that is efficient and sustainable.” 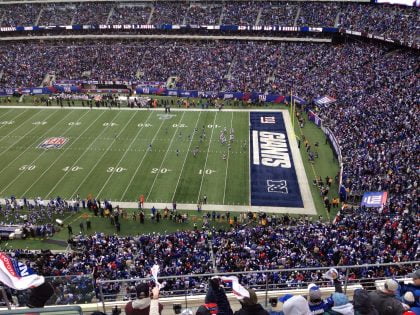