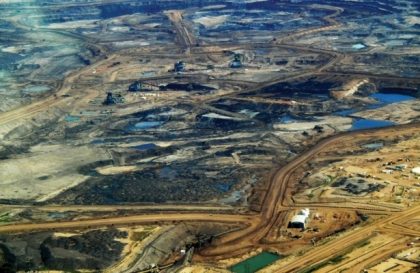 Before the State Department released its controversial Environmental Impact Study last week, a consulting firm called IHS CERA primed the news media by releasing its own study last year claiming that the Keystone XL wouldn’t make a substantial difference in emissions. The report was released as an “independent” study. TheNation.com filed a Freedom of Information and Protection of Privacy Act request to the Alberta government, and found that taxpayers in Canada paid IHS CERA hundreds of thousands of dollars.

The heavily redacted contract, a version of which can be found here, provides $325,000 from the government of Alberta to IHS CERA. In addition, public budget documents from Alberta reveal that taxpayers in Canada have provided IHS with more than $545,426 in payments over the last year for energy-related work.

The Alberta government has been one of the most aggressive proponents of the pipeline. Last year, Alberta retained two DC lobbying firms with strong ties to Secretary of State John Kerry, Mehlman Vogel Castagnetti and Rasky Baerlein Strategic Communications, to push for speedy approval of the Keystone XL.