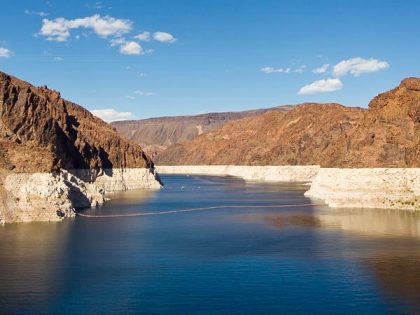 WASHINGTON (March 26, 2014)—Change the Course, a freshwater restoration movement, will restore 1 billion gallons of water to the Colorado River Delta to support the revitalization of wetland habitats in what was once one of the planet’s great desert aquatic ecosystems. Change the Course is spearheaded by the National Geographic Society, Bonneville Environmental Foundation (BEF) and Participant Media.

Labeled as “a milk-and-honey wilderness” by the great conservationist Aldo Leopold after his trip there in 1922, the Colorado Delta is now a desiccated place of mud flats and salt flats. The Colorado River is so heavily dammed, diverted and depleted that it hasn’t reached the sea for most of the last half century. Wetlands and habitats crucial to myriad birds and wildlife disappeared along with the river.

In November 2012, the United States and Mexico signed Minute 319, a historic agreement that commits the governments to a five-year restoration effort, including a “pulse flow” that began on March 23, 2014, and mimics the natural flood that occurred every spring before the construction of dams and diversions along the river. Minute 319 also calls on a coalition of conservation organizations to provide a sustaining base flow to keep the river running and to water the young cottonwoods, willows and other native tree seedlings that emerge during the pulse flow.

Change the Course has partnered with the Colorado River Delta Water Trust to lease the water from delta farmers to provide the critical base flow, which will occur on the heels of the historic pulse flow.

“Minute 319 is a landmark agreement that sets in motion one of the most ambitious and groundbreaking aquatic restoration efforts ever undertaken — the revitalization of the Colorado River Delta,” said Sandra Postel, National Geographic’s Freshwater Fellow and co-director of Change the Course. “Change the Course is pleased to support this turning point in river management: the recognition that cooperation, flexibility and greater efficiency can produce more benefits for water users and the environment than the combative, zero-sum approaches of the past.”

Some 380 bird species are expected to benefit from the restoration, as are local Mexican and indigenous communities in the delta. Scientists will monitor the impacts of the flows on the delta’s hydrology, vegetation, birds and wildlife.

Change the Course invites members of the public to make a free pledge to conserve water in their daily lives. For every pledge made, Change the Course returns 1,000 gallons of water to a depleted part of the Colorado River Basin.

“With this latest commitment to contribute to the base flow, Change the Course will double the amount of water it has restored to dewatered rivers, streams and wetlands across the Colorado River Basin,” said Todd Reeve, chief executive officer of BEF.

Embracing a new model of corporate water stewardship, a number of progressive companies have joined Change the Course to balance their own water footprints by providing funding to support innovative projects that restore flows to the depleted Colorado River.

To date, Change the Course has built a pledge community of more than 50,000 people and helped restore flows to four depleted rivers in the Colorado River Basin as well as the delta.

“With pledges from young people in all 50 states and in 113 countries around the world, it’s exciting to see people pull together for an important cause like the Colorado River,” added Chad Boettcher, EVP Social Action for Participant Media. “We’re proud to be part of the effort and hopeful that through similar efforts that bring together diverse organizations and people, we can work to restore other endangered ecosystems.”

CALL TO ACTION: Members of the public can calculate their own freshwater footprint and contribute to the water restoration efforts by making the free pledge to conserve water at changethecourse.us or texting the word RIVER to 77177. For every pledge, Change the Course will restore 1,000 gallons of water to the Colorado River Basin.