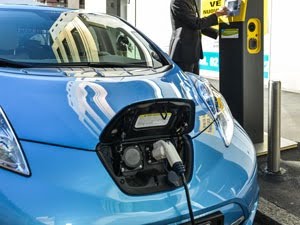 It has long been clear that energy storage is a priority to enable a whole range of cleantech innovation, from vehicle electrification to utility-scale storage for variable sources of power. But since batteries are made by a combination of various simple chemical reactions, pretty much limited by the elements in the periodic table that are available in large quantities, most ideas have been tried. Thomas Edison once said, “If someone tells you they have a wonderful new battery, disbelieve them”.

So the trick is to find some new development in materials science that enables the characteristics of an existing battery to be radically improved. And for many applications, and particularly for electric vehicles, we want to be able to store a lot of energy with the smallest possible weight, so the units of the key metric are Watt hours/kilogram.

A typical lithium ion battery achieves 200 Wh/kg, while the familiar lead acid battery is about 40 Wh/kg. Another key factor is how the battery performs as it goes through cycles of charging and discharging, and for an electric car you would want more than 1,000 cycles without serious deterioration. It’s also good if the batteries don’t catch fire when being charged!

In the last few months there seems to have been a breakthrough on this, starting with a battery that has been seen as promising for some time, the lithium sulphur battery. This started as a modification of the chemistry of lithium ion batteries, but was put aside because it deteriorated rapidly in as few as a dozen charge cycles.

For the entire story on The Guardian