Several months ago I received some wonderful comments from Ford Motor Company that I’d like to share.

Regarding the all electric cars, it’s obvious Ford might now be able to integrate all electric vehocles into
Their fleet due to many points I’d rather not get into here and now.

However, they said this (Ford Spokesman)

We are strategizing on the Transit Connect Electric and the Ford Focus Electric vehicles. This is meant to further the cause since the plugin hybrid or Energi models are becoming part of the full electrification plan for Ford.

That means their EV fleet of cars is in need of some serious Celebrity Rehab since they can’t get off their addiction to oil (just kidding; but had to go there).

So I’ll be on their case about it. So should you too.

It’s obviousness is absurdity but the next logical step for anyone to understand is what Ford Motor Company did do here.

As I’ve talked about in the book Build Your Own Plugin Hybrid Electric Vehicle; the electrification transformation will happen with all makers of autos transitioning their customer base.

So let’s talk numbers shall we?!?

Other Ford Spokesman reported to me the following about their Energi brand this July:

In California, Fusion Energi retail sales are up 276 percent through the first half of this year. California represents about 42 percent of all Fusion Energi’s sold in the U.S. It’s a big market for this product and we are happy that it is being so well received.

You see, Ford has made a bet. Their bet is that the next sweet spot of electrification technology for the marketplace is the plugin hybrid electric car. Their brand is Energi. It’s working. They are selling those cars. Those are: the Ford Fusion Energi (2013 Green Living Guy Best Plugin Hybrid EV) and C-MAX Energi; my personal favorite for the Northeast and if I could afford.

I’ve seen these cars in my area (where early adopters live) that means they are being sold in good numbers here and in California. My bet is their popularity in sales will increase while Ford waits for battery prices to come down even more. It’s hard to sell a $25,500 electric yet; except for SMART EV.

So until then I wait. However, for most Americans it’s doable. Those Americans will help drive down the cost of batteries; therefore over time driving the plugin EV cars cost down. 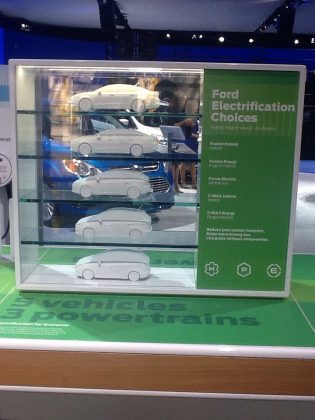 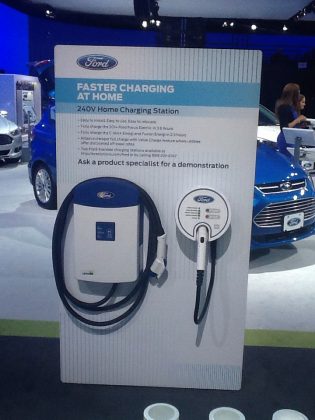