“The more we are aware of our connectedness” says thirteen year old campaign spokesperson Avalon Theisen, “the better we will treat each other and nature. Let’s do something creative that makes a difference!”

[youtube=http://www.youtube.com/watch?v=OEw-ky46zGg&w=560&h=315]
From the Amazon to the Arctic, kids around the world are dancing and singing to the award winning song, We Are All Connected, part of the celebrity studded musical called Pacha’s Pajamas. Supporting this vision, the campaign will launch with a music video of the We Are ALL Connected song on July 17th, showing a blend of animation and live action footage featuring youth groups and youtube stars around the world. The mission of this initiative is to address a world of social fragmentation and is aligned with the children’s health and world peace movements. This campaign encourages kids of all ages to proclaim their connectedness by dancing, singing, and getting others to join the party! 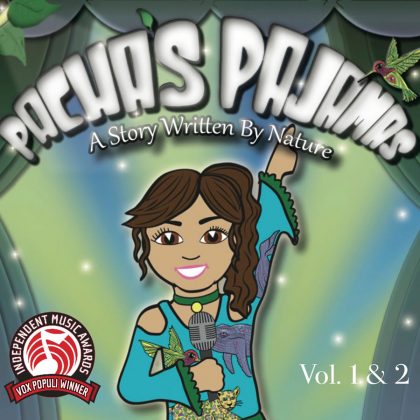 The award winning song, featuring Les Nubians and youtube sensation Bentley Green, is being offered as a free download at http://www.weareallconnected.us. Children from around the world are being asked to create their own video, using the coordinated dance moves available to learn on the site. Winning videos will be awarded prizes. Submissions have already been received from Colombia, Mexico, France, Togo, USA and South Africa. Over 40 children’s health and education organizations around the world have pledged their participation.

The campaign can be found at http://www.weareallconnected.us and on social media with the hashtag #WeareALLconnected.

BALANCE is a B Corp certified social enterprise producing nutritious children’s entertainment that supports the healthy development of today’s children. The Company’s flagship is the award winning musical, Pacha’s Pajamas. BALANCE creates brands and programs that help kids understand and navigate their world, so that they may relate and create at their highest potential.

Aaron is a Founder/Chief Creative Officer at BALANCE Edutainment, a social enterprise that develops award-winning entertainment for children and families.

Aaron Ableman (aka A-Natural) is a widely celebrated entertainer, author, and ecologist. He grew up under the guidance of a farmer/author and public health care nurse, studying with renowned scholars and celebrities. Aaron has worked with Mos Def, Talib Kweli, Cypress Hill, Raffi, K’NAAN, Joan Baez, Rev. Michael Bernard Beckwith, Les Nubians, amongst many others. From India to Haiti, he has produced award-winning education and entertainment programs for children and youth. His life and work have been heralded in publications such as the Los Angeles Times, MTV, CNN, New York Times, Montreal Mirror, San Francisco Examiner, amongst others.