California is ‘charging ahead’ with plans to have at least one million zero-emission cars, buses and trucks on its roads by 2023… a ten-fold increase on today’s number.

This month, the US Senate passed The Charge Ahead California Initiative pledging the finance to allow the State to accelerate its EV program. As well as rebates on new cars and new finance options leading to lower monthly bills for those going electric, there will be extra incentives for those taking ‘gas guzzlers’ off the roads and replacing them with new or used EVs.

Although EV funding has been offered in California for some years – over a third of all EVs sold in America to date can be found in California ¬– the program has historically been plagued with insufficient funding. Under the terms of the new Bill, that will change.

As well as reducing the State’s dependence on imported oil, California wants to improve its air quality. Seven of the 10 cities with the most severe air pollution in the United State are in California, while 40 percent of the population – more than in any other State – live near busy roads or intersections and are exposed to high levels of air pollution. As a result, respiratory problems are higher in California than anywhere else in the USA.

“If our roads were filled with zero-emission vehicles, it would dramatically improve the lives of millions of Californians who are already suffering from asthma and other pollution impacts,” said Michelle Kinman, Clean Energy Advocate with Environment California.

Read more from the Charge Ahead California Initiative here. 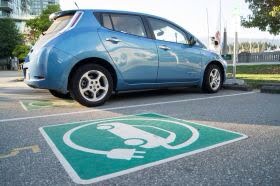