CHARLOTTETOWN, Aug. 27, 2019/CNW/ – Investing in green and recreational infrastructure helps create dynamic, healthy communities. All for residents and their families. The governments of Canada and Prince Edward Island recognize that strategic investments in infrastructure. For they also play a key role in supporting livable communities. Especially while creating good jobs that help grow the middle class.

In addition, other projects will sl see improvements to recreation spaces in the city. For that’s including expanding Victoria Park, improving accessibility in Queen Elizabeth Park. Also improving access to the Parkman Soccer Complex, the Acadian Forest Park. That’s as well as nearby walking and biking trails via Wrights Creek Bridge. These projects will provide increased opportunities for Charlottetown residents and their families. Moreover to come together and stay active, while also increasing recreational tourism in the area. 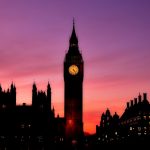 Furthermore, The Government of Canada is investing more than $5.9 million in the six projects. This is also through its Investing in Canada infrastructure plan. So the Province of Prince Edward Island is contributing over $6.5 million. Furthermore the municipality is contributing the remainder.

“The Government of Canada recognizes that modern wastewater services, and accessible community and recreational spaces are key to creating healthy communities for families, friends and visitors to gather and be active. The infrastructure projects announced today will improve the quality of life for Charlottetown residents and increase tourism potential in this beautiful city.”

Sean Casey is also Parliamentary Secretary to the Minister of Fisheries, Oceans and the Canadian Coast Guard. Furthermore he is Member of Parliament for Charlottetown. So on behalf of the Honourable François-Philippe Champagne, Minister of Infrastructure and Communities! 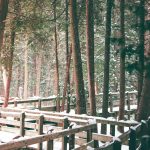 “We wish to thank the Federal and Provincial governments for their continued cooperation and support. Especially on infrastructure projects in the Birthplace of Confederation. This multi-level commitment also shows that all levels of government share goals. This goal is creating healthy communities. Moreover with a focus on the environment. That’s as well as the overall quality of life of our residents. These projects will furthermore have a lasting legacy for future generations.”

Philip Brown, Mayor of the City of Charlottetown

Joint federal and provincial funding will support six projects in the City of Charlottetown. For that’s including recreational, wastewater and community infrastructure improvements.