Holy more Tesla electric cars and more EVs! Recently the WSJ.com reported and I received word even Colorado is joining the ZEV alliance with California.

So that’s what ten other states. All to Incentivize Building Their Own Electric Vehicles (EVs). Like Tesla Electric Cars in the USA! Yet EVs and of recent Tesla electric cars are the way to go!

So here’s the story. The Big Guns of eleven large and mostly coastal U.S. states. They are including California and New York plus rolling out a plan aimed at spurring sales of 7 million “zero emission vehicles” by 2025. All through a combination of consumer incentives and regulatory action.

The WSJ.com reported further that:

The plan will be light on specific details. All which will be worked out by the individual states in the alliance. They are California, Connecticut, Maryland, Massachusetts, New Hampshire, New York, New Jersey, Oregon, Rhode Island and Vermont and recently Colorado.  So together these states account for about 35-40% of the U.S. auto market. All according to a draft of the plan.

The sales goal is ambitious in light of current slack demand for electric vehicles. Currently, there are about hundreds of thousands in 700,400 battery electric cars, plug-in hybrids, and hydrogen fuel cell vehicles on the road in the U.S. About half of those electric cars are on the road. On the road in the Eleven states allied behind the “ZEV Action Plan”.  As well as the East Coast alliance with CALSTART called Drive Change Drive Electric!

Now while Morgan Stanley reported demand for electric and plug-in hybrid vehicles other than those sold by Tesla Motors is sliding. I’m not sure of that. Because what I’m hearing and seeing around town is not the same. Finally, Yes I’m in NY but I go to other states.

I agree though that the Global market share for pure EVs of 1% “would be respectable,” but well below prior forecasts of 5-10% share by 2020, Morgan Stanley said. 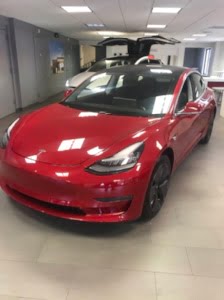 However here’s the trick. I’m not sure whether to believe these numbers. You see, the demand I have seen for Tesla EVs depends upon when a store started and where a store is built.

Many States have of recent regulated their way out of selling them. Dealerships are not selling the electric cars as well. However when Tesla does the ADA’s across the country cry foul. So in other words we have our hands tied behind our back and still kicking butt.

As for the dealership, I love them but the people there don’t know how to sell the cars. Or they don’t get enough money per car and don’t like the ideas of selling more for less. Well more hybrids would sell if the local dealer promoted them. Yet nowadays even GM is getting out of the hybrid business and going only EVs. 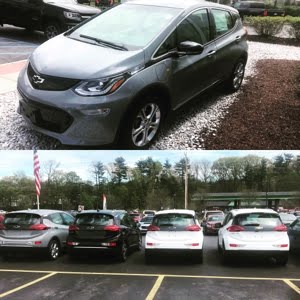 In addition, I go across the States and see many local dealerships. Not sure if WSJ.com is. Because the dealers are not marketing their respective hybrids, plugins or all electric cars. Not like Tesla EVs. Well common now, tie our hands again behind our back WSJ.com?! Kidding!!

The world may be moving away from gas guzzlers quicker than planned. Oil prognosticators should take note.

So the real answer here folks is it’s up to each one of us to buy and get built their own EVs. Period. Btw I’ll even take a hybrid or plugin hybrid. Just do it.

As well, I’d watch out for when people are building their own EVs. Also will continue getting more announcements to next cars or steps forward. More importantly, quarterly sales of electric cars has been like hot cakes.

in conclusion people are buying their own EVs daily.  Because the stores near me sells like hot cakes. So if those folks at JP Morgan getting reported on by WSJ.com don’t take constant expansion into consideration you’re kidding yourself. 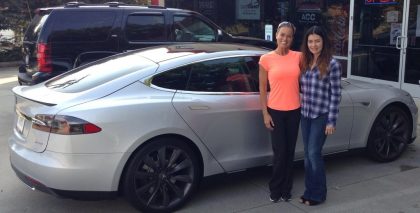